Xun Yu (Chinese: 荀彧) is a character in the 14th-century Chinese classic novel Romance of the Three Kingdoms by the late Luo Guanzhong, and its multiple adaptations. He is a strategist and statesman of Wei kingdom who served under the warlord Cao Cao.

In early life, Xun Yu is a young man who was born in a government family then showed himself as a intelligent. During the time in chaos, Dong Zhuo, a cunning minister who gained a lot of power after intending to taking over the capital Luoyang but right away to abducted the young emperor Xian. As an staunch official, Xun Yu only needs to lead his family for the upcoming arrival of Ji Province and serving the warlord Yuan Shao, Yuan Shao thought of more ways to asking for a prerequisite. In later year, Xun Yu might go to serve Cao Cao after he leaves Yuan Shao, he also helped Cao Cao to prevent Dong Zhuo from being tyrannous and make the existing emperor at that time become a puppet emperor, so that Cao Cao had political advantage over another warlords.

Dong Zhuo will be soon send out his minion, Li Jue to plunder the regions of Chenliu and Yingchuan, mandate numerous formerly chap villagers of Xun Yu who while getting killed in person besides they were disregard the advice and tried to escape as well. While conquering Xu Province, Cao Cao's father, Cao Song was killed when Cao Cao had to fight against the government warlord Tao Qian. By the onwards, Xun Yu ordered an absolute departure from Yan Province, Cao Cao's subordinates, Chen Gong and Zhang Miao are proving joins Lu Bu as soon after they were divulge to defection of Cao Cao. At that time, Xun Yu having now to stayed at Juancheng, who making out a which of uninvolved cases and was Xiahou Dun and Cao Cao are preventing Lu Bu, Chen Gong, and Zhang Miao.

Guo Gong led 10000 light armies to city, Xiahou Dun has prolong to prospect look-out the enemy at fact because Xun Yu decided to went out the city by maybe on pinch. To be neutral by pinpoint on himself, Xun Yu guessing out be as Tao Qian facing Cao Cao for long time. Guo Gong only proverb that Xun Yu is a disinterested, well then Juancheng is quiddity for being a attacked on. He with Xiahou Dun and Cheng Yu, they are bound be gainful to defend the three cities as waited for Cao Cao to back, Cao Cao returned from Xu Province and defeated Lu Bu. After Tao Qian's death, Cao Cao hoped to make a decision to cause confrontation with Lu Bu. Lu Bu had the intention to conquer the Han Dynasty while he formed a close alliance with Zhang Liao, a former subordinate of Dong Zhuo who later joins Cao Cao as trusted general.

Cao Cao did not have the time to conquer Xu Province and Lu Bu was a bit unfavorable to him. Xun Yu later arrived in Puyang where he was captured by Lu Bu's forces, Xiahou Dun should waiting for save Xun Yu before seeking to chase Lu Bu. Xun Yu almost realized that Xiahou Dun's left eye was shot by an arrow from the enemy, sneaked into seeing Xiahou Dun's wounds, which was very overblown to paid. Emperor Xian allowed to return to Luoyang after fleeing to Chang'an, Xun Yu always construe that Cao Cao had moved the capital to Xuchang after he had deliver to save the emperor Xian. After discussing with Xun Yu, Cao Cao would definitely escort the emperor to Xuchang.

Xun Yu and his friend Guo Jia believes that to decide to stay on their own contentment, Cao Cao had a chill with his forces in the next battle, with a mission to protected Xun Yu and Guo Jia from any mooch. At the Battle of Wan Castle, Cao Cao tried to deal with Zhang Xiu and lost, Yuan Shao is more embarrassed and wrote a letter to Cao Cao, proud of his remarks, Cao Cao was furious after seeing it. Since then, the generals thought that it was the reason for defeating Zhang Xiu. Zhong Yao asked Xun Yu, Xun Yu always saw Cao Cao and Cao Cao sent Yuan Shao's letter to Xun Yu. Xun Yu is actually quite useful for Cao Cao during the Battle of Guandu, which eventually led to defeated Yuan Shao.

For example, when Cao Cao realized his food supply was running low, Xun Yu is often advised him to use "unexpected tactics because major changes were waiting". This advice caused Cao Cao to launch a silent attack on Yuan Shao. This incident resulted in the beheading of general Yuan Shao, Chunyu Qiong and the surrender of Xu You to Cao Cao. When Xun Yu ran out of time when he fell ill when forming the Kingdom of Wei, Cao Cao wanted to become the ruler of Wei, Xun Yu opposed it, Cao Cao thought Xun Yu didn't want to help him anymore. One day Cao Cao fought with Sun Quan, Xun Yu fell ill and stayed at home. Cao Cao then sent a "gift", when Xun Yu opened the box, he found that the box was empty.

The intelligent advisor grasped the hidden purpose of sending the box, he then drank poison and died. Xun Yu is 49 years old at the time of his death. Cao Cao later became Wei's nobleman the following year (Xun Yu's nephew, Xun You, died the same way). He was continued by his son Xun Han who died at the age of 30.

When Xun Yu and Guo Jia were cooperated with Cao Cao as well as possible before resisting Tao Qian in the future, he was in order to instantly recruited Xun You and Man Chong due to Cao Cao's instructions. Just after Xiahou Dun meeting Xun Yu and was hit by an enemy's arrow with his left eye, Xun Yu was very worried while he saw him. Cao Cao and his troops are about to prepare to fight the enemy forces, Xun Yu should help them to lead reinforcements to attacked Lu Bu and Yuan Shao when they are free.

After Lu Bu and Yuan Shao were defeated, Guo Jia's body was unwell and Xun Yu wanted to take care of him without being damaged. Until a few years later, Guo Jia died of illness, Xun Yu and Cao Cao actually buried him. During the Battle of the Chibi, he and Cao Cao's army joined forces to fight against Sun Quan and Liu Bei and recognize the bad things Dong Zhuo had done before to identify, Cao Cao was appointed as Duke of Wei and Xun Yu sounds a bit responsive.

Cao Cao liberate him after taking over political affairs of Xuchang, Xun Yu will arrive at Nanjun and help Cao Ren confront Wu troops. At this point, Guan Yu is qualified to lose his temper to find his enemy and he was able to use his own strategy to hinder him. Cao Cao always favored his efforts, his demand has long been rejected and Cao Ren should leaving Nanjun. Since the two eventually returned to Xuchang, the relationship between Xun Yu and Cao Cao has been questioned normally. 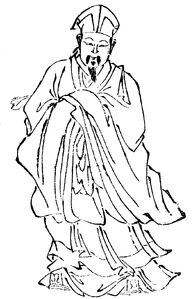 Xun Yu in Romance of the Three Kingdoms. 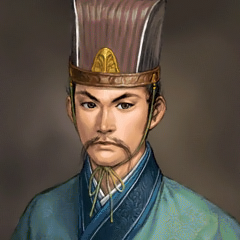 Xun Yu in Romance of the Three Kingdoms IX. 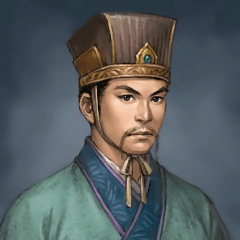 Xun Yu in Romance of the Three Kingdoms X. 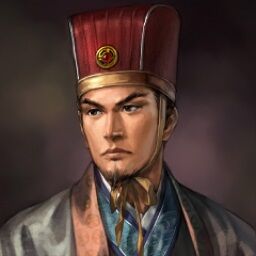 Xun Yu in Romance of the Three Kingdoms XI. 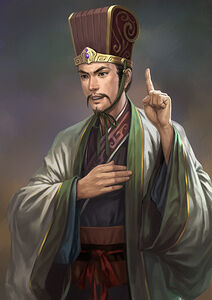 Xun Yu in Romance of the Three Kingdoms XII. 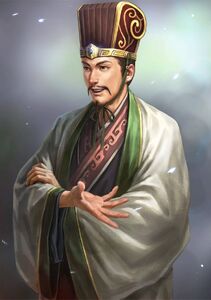 Xun Yu in Romance of the Three Kingdoms XIII. 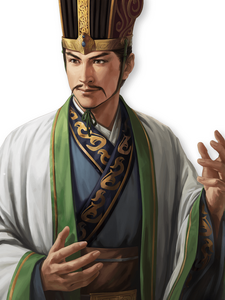 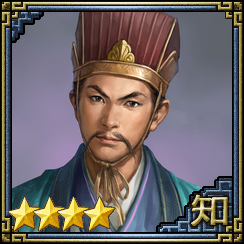 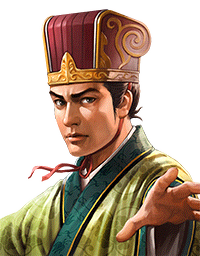 Xun Yu in Romance of the Three Kingdoms: The Legend of Cao Cao. 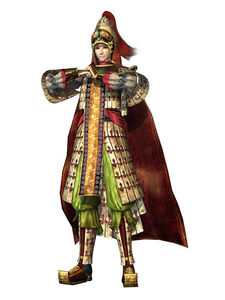 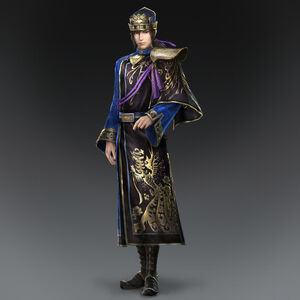 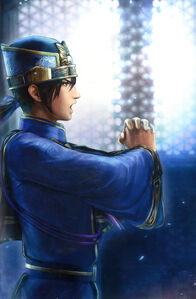 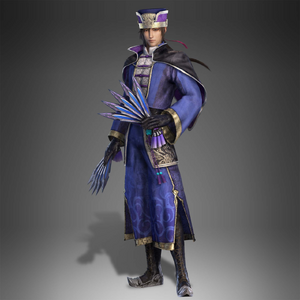 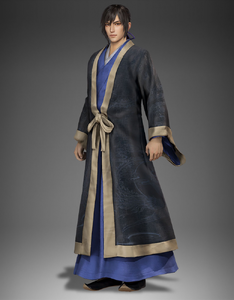 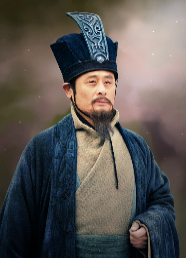 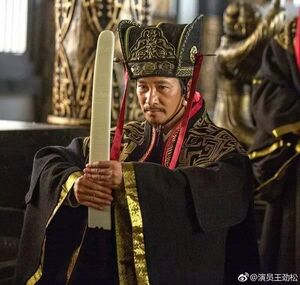 Xun Yu in The Advisors Alliance. 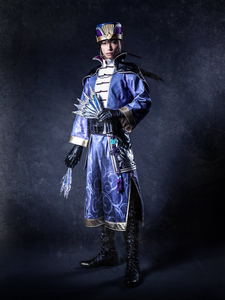 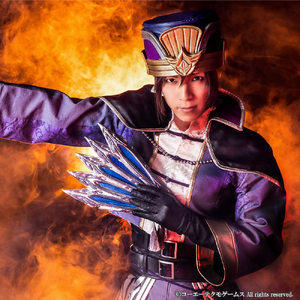 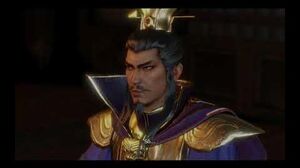