Heroes Wiki
Register
Don't have an account?
Sign In
Advertisement
in: Articles under construction, Article stubs, Digimon Heroes,
and 13 more

It's revealed that Yūjin is actually a robot that works for Leviathan.

He is voiced by Makoto Furukawa.

Yuujin is a teenage boy with fair skin, spiky red hair, and green eyes. He wears a green shirt with yellow on the chest, white on the sleeves and three black lines on the shoulders, greenish grey shorts, dark green socks, and white and green sneakers with dark green soles.

After Leviathan's body was destroyed, Yuujin felt remorseful for his actions and apologizes to the Applidrivers, and decides to delete Leviathan permanently, thus costing his life. In the final episode’s climax, Yujin was brought back to life. 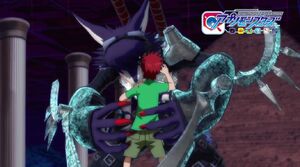 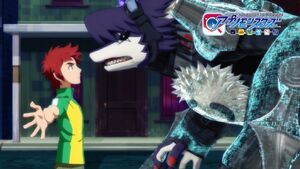 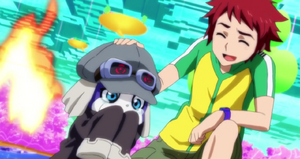 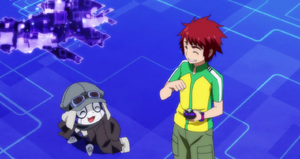 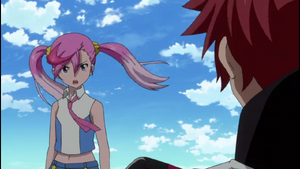 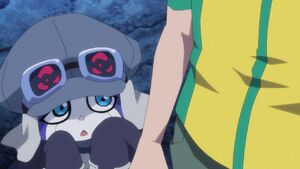