Singing and hanging out with Chopper.

To not be eaten

Yakky Doodle is a little duck who had his own segment on The Yogi Bear Show. Yakky's friend, Chopper the bulldog, often came to the rescue when Yakky was about to become a meal for Fibber Fox or Alfy Gator or any other animal. He was voiced by Jimmy Weldon.

Yakky was introduced on The Huckleberry Hound Show.

He was also a member of Yogi Bear's team; the Yogi Yahooeys, on Laff-a-Lympics.

In his early appearances, he did not have a name and was always referred to as "Iddy Bitty Buddy". Yakky later had his own segment on The Yogi Bear Show and was named "Yakky Doodle".

He is a Small Yellow and Green Duck. 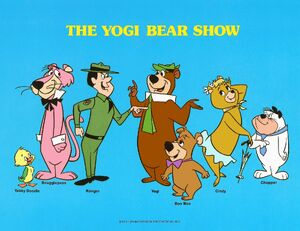 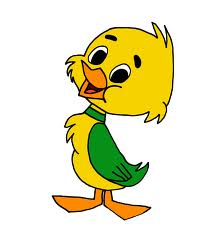 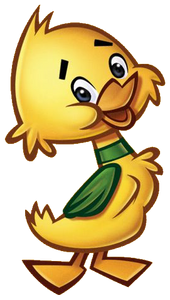 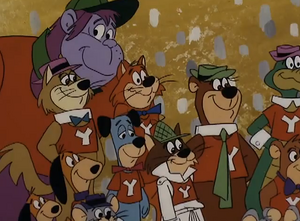 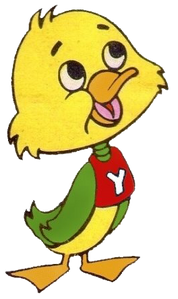 Retrieved from "https://hero.fandom.com/wiki/Yakky_Doodle?oldid=1781888"
Community content is available under CC-BY-SA unless otherwise noted.