He is voiced by Kōhei Amasaki.

Yashamaru is a young, fallen samurai who while stalks the shadows as the phantom thief "Karasu Tengu." Brandishing an heirloom nagamaki, he was already fights using the ancestral tengu powers he has inherited. He is even claimed to be a rival of Yoshitora Tokugawa. In addition to being a thief, he is a ruthless vigilante who will ruthlessly stop the crimes of corruption, and the rest of the uninhibited Bakufu members are like Yoshitora.

Yashamaru loathes villains who exploit the weak for financial gain. When his father was executed on false charges in the past, Yashamaru has developed a deep and unparalleled hatred for the Tokugawa Shogunate. 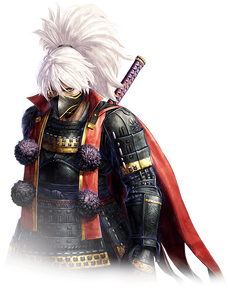 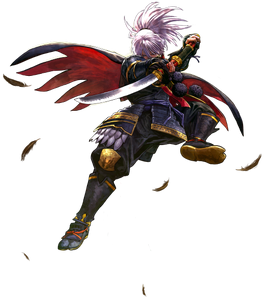 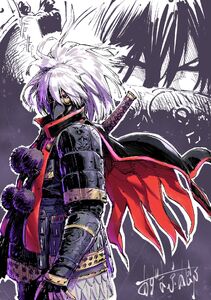 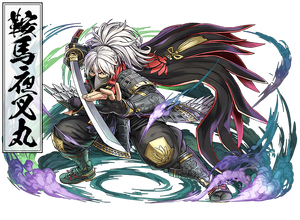 Puzzle & Dragons artwork.
Add a photo to this gallery

Retrieved from "https://hero.fandom.com/wiki/Yashamaru_Kurama?oldid=2206530"
Community content is available under CC-BY-SA unless otherwise noted.