Save the bamboo forest (succeeded).

She is voiced by Stephanie Sheh in Crash Team Racing: Nitro-Fueled.

Yaya Panda teams up with Crash Bandicoot and his sister Coco to save her home forest when Nitros Oxide intends to eliminate it with the help of Dr. Neo Cortex and his henchman Ripper Roo. She can be unlocked as a playable driver by completing the fifth and sixth challenges in Challenge Mode.

Yaya Panda reappears as a racer that the player can unlock by collecting either Wumpa Fruit or every letter found on the fairy track during the Wumpa Cup.

In this game, Yaya Panda can unlocked as a playable character by obtaining 52 mission points.

Yaya Panda first appears during the Winter Festival Grand Prix and can be purchased at the Pit Stop using Wumpa Coins. Yaya is a Speed class character.

Yaya Panda seems to be quite confident in her driving skills and likes extreme speeds. She also acknowledges her own "cuteness" and is not afraid to make others aware of it. It is implied in Crash Bandicoot Nitro Kart 2 and Nitro-Fueled that Yaya might known some forms of martial arts. 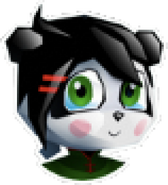 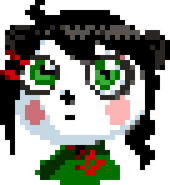 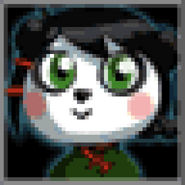 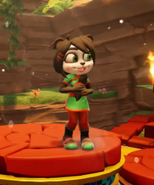 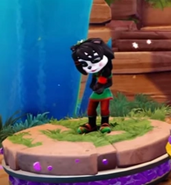 Retrieved from "https://hero.fandom.com/wiki/Yaya_Panda?oldid=2269520"
Community content is available under CC-BY-SA unless otherwise noted.