Hiding within his Sanctum and keeping humans away from him.

Yehom is a benevolent deity in the universe of the SCP Foundation based on YHWH. He is a member of a powerful race of deities known as the Elohim who exist outside of space and time, but was punished by his brethren for creating the chaotic human race, and subjugated to torture before hiding himself within SCP-1348 in order to keep the Elohim from destroying humanity.

The being known as Yehom was a member of a race of gods only known as the Elohim. Due to how their minds were structured, the Elohim did not recognize individuality and were more concerned with lineages, cultures and species, more specifically they could only see categories as objects or beings transcending categories disrupted their view of the world. Early on in Earth history, from the Homo sapiens erectus spawned the Homo sapiens decensus who were highly advanced and valued racial purity while mostly living in very small communities, causing the majority of the Elohim to favor them, especially the pure breads over the Erectus-Decensus hybrids. However, Yehom didn't think the same way the other Elohim did, and after the vast majority of the Decensus wiped themselves following a nuclear war Yehom took care of the hybrids which lived around his sanctum as he saw that killing beings simply because they obscured their visions was wrong. This eventually led to the birth of the Homo sapiens sapiens who would go on to populate the entire world and replacing the Decensus, which greatly upset the other Elohim. The Elohim then proceeded to torture Yehom for this "heresy" until they completely forgot about him due to their short term memory. Yehom took the chance to hide himself within his sanctum located 81 kilometers from El Taebah, Syria, in the Jabal al-Druze mountains, and fearing that the Elohim may find him again and destroy humanity as a result of the humans around the sanctum worshiping him, he released a radioactive field to disperse them, leaving his worship to be the basis of the Abrahamic faiths, especially Judaism. In order to keep himself hidden from the Elohim, Yehom had his servant, one of the seraph, conduct a ritual to keep the veil that hid him intact.

This went for countless years until the modern age, at which point the seraph had sustained multiple injuries. The sanctum was rediscovered by IAEA monitors on March 6th of 2006 and because of the massive amount of radiation present, the Israeli government sent air strikes thinking that it was a Syrian reactor. After finding out the real nature of the sanctum, both Israeli and Syrian governments contacted the SCP Foundation to contain it. The Foundation arrived and built the Site 87 Containment Unit to contain the structure, designating the sanctum as SCP-1348, the seraph as SCP-1348-01-E, the ritual the seraph had been executing as SCP-1348-02, and the central chamber housing Yehom as SCP-1348-03. Three weeks after initial containment, SCP-1348-01-E died of malnutrition due to being taken away from Yehom and placed within the site, leaving no one to execute the ritual and keep the veil intact. When the Foundation found out that the absence of someone executing the ritual was resulting in several XK-Class scenarios, they formed C-1348-A, also known Team A which was comprised of personnel who were non-religious, previously not subjected to memetic effects, unable to speak any Southern Semitic language, not exposed to an unknown anomaly (possibly SCP-1115 which was a creation of the Decensus) and possessing the Y-chromosomal haplotype CMH-6, and C-1348-B, also known Team B which was comprised of individuals matrilineally descended from Druze, Mandean, and Mizrahi Jewish populations, some of which were civilians who became Class Omega personnel after being chosen by Team A, to conduct the ritual. Team A would indirectly help Team B which would perform the ritual despite the high amount of radioactivity. However, seeing that there was no other choice, Yehom protected Team B while they performed the ritual and as they kept doing so they slowly realized his real nature and what had transpired.

As part the biweekly containment meeting the director of the both Site 87 and Team A, Dr. Benyamin Kahn, interviewed a member of Team B about possible revisions of the current containment procedures. During the interview, the Team B member tried to explain to Kahn what was really going on as Kahn, along with the rest of the Foundation which included the O5 Council believed that the deity was dangerous and the one responsible for the XK-Class scenarios. As Kahn became influenced by Yehom he began gradually attempting to stop the Foundation from doing any harm to SCP-1348. On December 5th of 2011, the director of Team B began succumbing to the radiation poisoning, causing the O5 to instruct an Omega-class celebrant, designated O-9142, to enter SCP-1348-03 after starting the ritual. There he witnessed Yehom's true form, being an omnipresent being who was left badly injured and hiding within the sanctum. O-9142 also saw the other Elohim finally noticing Yehom and after he realized the truth about him, he quickly finished the ritual to repair the veil. Yehom then directly spoke to O-9142 to tell Kahn that he wanted his father to come back to him. Following this, Khan slowly gained his religion back and three days after interviewing O-9142 and five days after the death of Team B's director, Khan formed his own version of the ritual and against orders entered SCP-1348 to execute the ritual and confront his God. Kahn then completely disappeared, while the veil did not retract, causing O5-07 to suspend the containment procedures of Team B and ordered Team A to execute Protocol 228-MELECHAH which would lead to the death of Yehom as the Foundation still believed that he was dangerous.

When SCP-001-05, a member of a group of thirty six anomalous individuals who can neutralize anomalies without harming the individuals involved, died causing Site 87 and SCP-1348 to be transported to an alternate dimension before returning back following SCP-001-012's death. When an exploration team went to investigate the site they discovered that all personnel had left the site and SCP-1348-03 had been permanently opened while five new seraphs who were in perfect condition appeared and began executing an altered version of the ritual which lacked memetic properties. Within SCP-1348-03, aside from proto-Semitic decorations the inner chamber now included designs from even more cultures around the world such as Mesoamerican, proto-Indo-European, Antarctican, and even more modern designs. On the inner side of the veil a series of Amharic etchings were found which explained that Yehom had been finally freed and could now rest in eternal peace while the seraphs sang for his glory.

Because of his nature Yehom's real appearance is unknown. O-9142 after looking at him described him as a badly injured lion, but that was mostly metaphorical as he was reminded of a documentary which depicted an injured lion being devoured by the other lions, similar to how the other Elohim attacked Yehom.

Yehom was a member of a race of all-powerful gods known as the Elohim who lived outside of reality, apparently being one of the more "younger" members. Yehom was omnipresent and like the other Elohim could not properly perceive the world the same way its inhabitants did and so he inhabited a sanctum in order to come into contact with the world. After creating the human race, the other Elohim brutally attacked Yehom who was unable to fight them off either due to being outnumbered or weaker than them. Because of this he was forced to hide himself in his sanctum where he formed a veil to keep the other Elohim from finding him and humanity. He also created a seraph to conduct a ritual which served to maintain the veil while Yehom fed the seraph. Yehom also began producing a large amount of radiation in order to keep humans away from him, but when individuals from marginalized communities came to execute the ritual Yehom made sure to keep them safe from the radiation. The ritual apparently had a memetic effect on the normal humans who executed it, making them overly religious and obsessed with continuing perform the ritual, although it could be argued that the individuals executing it begin behaving like this due to them realizing the truth about Yehom as Benyamin Khan who fit the criteria of not being affected by the ritual had a religious reawakening and executed his own ritual himself.

Despite sharing a similar mind structure to the other Elohim who were unable to recognize individuality and uniqueness, and could perceive the world in categories, Yehom was okay with this mix of categories existing and allowed Homo decensus to propagate with Homo erectus, leading to the birth of Homo sapiens whom he loved. After being forced into hiding due to the Elohim admonishing the human race, Yehom tried to his best to hide humanity from the Elohim in order to protect them from their wrath, and also tried to keep them from uncovering the terrible truth that they weren't supposed to exist by creating a field of radiation around him. When individuals from marginalized groups came to perform the ritual he saw that they already hurt and sought to keep the radiation from harming them. When Benyamin Khan, a local Foundation researcher who was irreligious, became involved, Yehom wished for Khan to come back to him as the latter had abandoned his own family due to his work and religion. 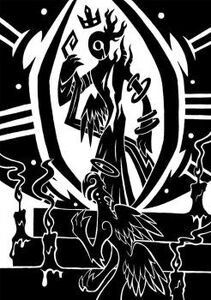 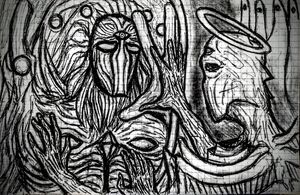 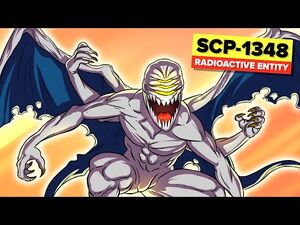