Serving Yellow Diamond
Being a model

Servant of a Villainess

Yellow Pearl is the minor supporting character of Steven Universe. She is a Pearl owned by Yellow Diamond who serves as her secretary.

Her build and facial features are typical of a Pearl. She sports a beige singlet similar to Blue Diamond's Pearl, having a neckline that is cut into a diamond shape in the middle and exposing her legs. She also wears puffy, sheer yellow sleeves, as well as long, pale tangerine stockings and canary yellow flats. She has a yellow pixie haircut that is styled up to a point and is in a similar in design to that of the Crystal Gems' Pearl, with puffy sides, and one diamond-shaped lock in the middle of her forehead. She has pale yellow skin, and, unlike other Pearls, her head is seemingly more oval-shaped than circular. Her gemstone is a very pale yellow cabochon pearl, and is located on her chest.

Yellow Pearl adheres to the rules of Gem society, and when someone breaks a rule, she is shown to have a no-nonsense personality and a bit of a temper, as seen when Peridot uses the Diamond Communicator, prompting Yellow Pearl to argue "That's no excuse to use the Direct Diamond Communication Channel". Another example of this is when Peridot talks back to Yellow Diamond, causing her to remark in shock and disgust. In "The Trial", when the defending Zircon was discussing the events of Pink Diamond's shattering, she appeared offended by some of Zircon's statements. As shown in "Together Alone", she does not know what fun is. Yellow Pearl also has a tendency to take things literally, calling Steven "Pink Lasagna" and saying that liquids are not allowed after Amethyst complains about how dry the Era 3 Ball will be.

Yellow Pearl is shown to be somewhat fearful of Yellow Diamond. When Yellow Diamond calls her name, she appears to be startled and nervously talks to her. However, while Yellow Diamond is yelling at Peridot, Yellow Pearl seems to be proud of her leader, and, like most Pearls on Homeworld, obeys her Diamond's orders without hesitation.

Yellow Pearl also seems to be a bit of a narcissist, as she scolds Blue Pearl for sharing her court drawings until she sees a drawing of herself, calling it "not bad". On the other hand, she doesn't seems to think of herself as her own Gem, insisting that her feelings are irrelevant when Steven asks her what she likes to do for fun.

Yellow Pearl has aided Yellow Diamond for thousands of years, well before Pink Diamond owned the Earth. She could be seen aiding ages ago in "Jungle Moon" and has presumably attended the many parties that Pink would host in celebration of the Diamond Authority's many victories.

Because she tells Steven "I forgot how silly you could be" when believing him to be Pink, it can be assumed that she also interacted with Pink on a number of occassions.

In "Message Received", Yellow Pearl makes her debut. She answers Peridot's call, and attempts to reprimand her since she did not receive authorization from anyone to use the Diamond Communicator. Once Yellow Diamond takes over the call, Yellow Pearl listens in and expresses different reactions throughout the conversation.

"That Will Be All"

Yellow Pearl acts as the stenographer at "Rose Quartz's" trial. During the proceedings, she is greatly, but briefly affected by Blue Diamond's pathokinesis wave, and later is shocked by the defending Zircon's allegations, showing a disturbed interest in the question regarding Pink Diamond's Pearl.

She appears in a slide, among the files in the Diamond base at the Jungle Moon. In the slide, she's seen taking a "selfie" with Yellow Diamond, who is oblivious to her actions.

Yellow Pearl escorts Steven and Pearl to Yellow Diamond's Extraction Chamber from Pink Diamond's palace. At the entrance, Steven attempts to get her to call him Steven and not Pink Diamond, but fails. After Steven gives up, she wishes him "a nice extraction".

Yellow and Blue Pearl are assigned to help Steven plan the ball. Yellow is very strict about ball procedure, turning down balloons and confetti cannons. She is horrified when he implies that he would like to dance at the ball. When Steven asks the two Pearls what they like to do for fun, Yellow Pearl laughs and says that her personal desires and feeling are irrelevant before Blue Pearl quietly says she likes to draw. Yellow Pearl is shocked by this revelation and is disapproving of Blue Pearl showing her court drawing to the Crystal Gems. However, she is pleased by a drawing of herself and asks Blue Pearl to draw her from another angle. Steven notes that Yellow Pearl enjoys being a model and Blue Pearl enjoys being an artist. They are then interrupted by Blue Diamond's arrival, and they later leave with her. At the party, Yellow Pearl announces the arrival of her Diamond. She appears nervous when Yellow Diamond stands up to reprimand "Pink" for fusing with her "pet".

For millennia, Yellow Pearl has been traveling around with Yellow Diamond. Yellow Pearl is shown to be somewhat fearful of Yellow Diamond but is willing to complete her requests. If Yellow Diamond asks her something, she will stop whatever she is doing to listen and answer. Yellow Pearl, through her facial expressions, is proud of her leader and is disgusted when anyone disrespects her. She also appears concerned when Yellow Diamond breaks down over Pink Diamond, implying that, in addition to respecting her Diamond, she also cares about her.

Yellow Pearl is willing to sing for Blue Diamond to make her feel better. However, it is unknown if she would be willing to do it without Yellow Diamond's request.

The bulk of their relationship is unknown, but she is seen smirking towards her, then being short with her after she does not immediately join in and sing for Blue Diamond at Yellow's command. In "The Trial]]", Yellow Pearl gives her a worried look after Zircon mentions Pink Diamond's Pearl. Yellow Pearl is initially stunned and disapproving when Blue Pearl admits that she enjoys drawing in "Together Alone", but is pleased by a drawing of herself and asks Blue Pearl to draw her from another angle.

They are seen standing together in a flashback in "Now We're Only Falling Apart". In "The Trial", when the defending Zircon mentioned Pearl, both Blue and Yellow Pearl appear shocked. In "Familiar", they walk together when leading Steven to Yellow Diamond, and Pearl appears to be worried that Steven will "break" Yellow Pearl.

In "The Trial", when Steven is being interrogated by Blue and Yellow Diamond, Yellow Pearl tells him to state his name for the record. Following the events of "Legs From Here to Homeworld", Yellow Pearl views Steven as Pink Diamond, and as such she treats him with respect, bowing and saluting before him. As with her own Diamond, she obeys Steven's commands, such as in "Familiar", when she attempts to follow his corrections regarding the name she addresses him by. Nevertheless, she shares her Diamond's view that Pink Diamond is "silly" and corrects Steven's ideas of what a ball should look like. Steven manages to coax a bit of individuality out of her, helping her to discover that she enjoys modeling. She also expresses concern for him when Yellow Diamond prepares to reprimand him and Connie for fusing.

Connie told Yellow Pearl and Blue Pearl what fun is. Yellow Pearl also expresses concern for Connie when Yellow Diamond prepares to reprimand her and Steven for fusing. 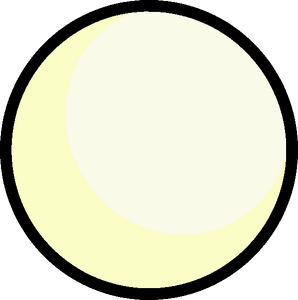 Retrieved from "https://hero.fandom.com/wiki/Yellow_Pearl?oldid=1947547"
Community content is available under CC-BY-SA unless otherwise noted.