Defeat the Night Master, Eradicus and other villains

Yin is a pink rabbit and one of the two main protagonists of Yin Yang Yo!. She is training to master the mystic style of Woo Foo. She and her brother, Yang, are trained by Master Yo to master Woo Foo and to assure to the world that it is not foolish. She is currently at the second level of Woo Foo. In one episode, she falls in love with 'Brett' (Yuck in disguise). She is intelligent, cute, and sassy but quite stubborn. Yin's voice is provided by Stephanie Morgenstern, a Switzerland Swizz-born American actress and screenwriter, who is famous among the anime community for being the dub voice for the Sailor Moon character Minako Aino/Sailor Venus and she was also the voice of regina in dino crisis as well.

Yin is a flamingo pink rabbit with cerulean eyes. Like her brother, Yang, she is most commonly seen wearing a long-sleeved training shirt, yet chooses to remain pants-less. Yin and Yang are identical in body structure, though she, as a sign of gender, has claim to dark eyelashes and a violet hair bow.

She's a pink rabbit who's intelligent and sassy. She's a neat freak, which is seen often. Yin is always attracted to bad boys. This may be because in the philosophy of Yin and Yang, Yin is the name of darkness, while Yang is the name of light. She is also a shopaholic. She has a pretty good sense of right and wrong, and usually does the right thing. She can be mean and will sometimes do whatever she wants to do, whether it is right or wrong. She can also come up with good plans. She is also very good at playing the keyboard. In the episode "Old Softie", it is shown that before she finishes saying something, she can come up with different words to say something else; and in the episode "Dance, Dance Devastation", it is shown that she is a good rapper, dancer, and singer and that she can also speak some Spanish and German though this may have been because of the game controlling her . She tends to demonstrate her competitive streak, again most evident in Dance, Dance Devastation. It is listed that she's a bedwetter.

Later, she and Yang were ordered by Master Yo to assemble and train the Woo Foo Army. Of course they both threw a wild party instead, but he result was the same. 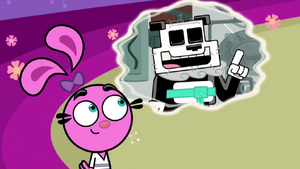 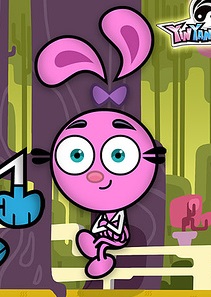 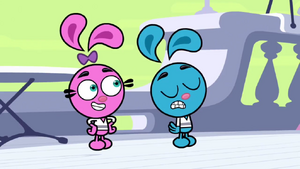 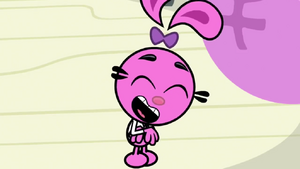 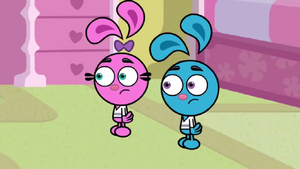 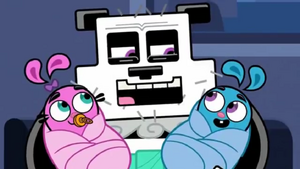 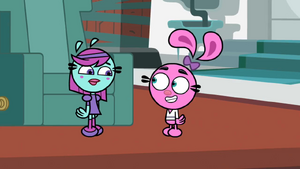 Add a photo to this gallery
Retrieved from "https://hero.fandom.com/wiki/Yin_(Yin_Yang_Yo!)?oldid=1723453"
Community content is available under CC-BY-SA unless otherwise noted.