Leader of the Shimazu clan

Help his family to protect the homeland.

Yoshihiro Shimazu (Japanese: 島津 義弘) is a character in the Samurai Warriors series. He is the old leader of the Shimazu clan and a rival of Ginchiyo and the Tachibana Clan.

Yoshihiro Shimazu is a warrior who loves fighting and is willing to dedicate his life to the battlefield. For himself, the battle is like gambling and the most dangerous was excited. In fact, he made Toyohisa to be independent, but severely reprimanded him for his lack of experience. He was said to be as stronger as his family and friends. Yoshihiro started his own story and defended his home against the army of Hideyoshi on an-all-or-nothing bid for the Kyushu island. At the battle, he meet his rival Ginchiyo and clashed with her, so Ginchiyo vowed to avenge her father and family at all costs.

Although he along with his family defeated Hideyoshi with one victory, the resources and intelligence of the conqueror eventually forced Shimazu to surrender, he just promised to fight back with them. Only should have become one of the vassals of Hideyoshi, Yoshihiro belongs to show many anythings and joined the eastern siege part of Odawara Castle. The ingenuity of Hideyoshi, he would able to give up his own ambitions to conquer the land, even Yoshihiro reminded Hideyoshi of the helped and should recruited his troops. After Hideyoshi dies, Yoshihiro realized that his abandoned dream had a chance to succeed.

When Yoshihiro gave up his rights as a clan leader and handed it over to his nephew Toyohisa, Yoshihiro always agreed want to joined Mitsunari Ishida. But later on, Yoshihiro went to joined his brothers to reinforce Iehisa Shimazu at Taka Castle, he is not allowed to come up with his kind of modality, facing the obstacles of the Jōun Takahashi and Tachibana troops. Yoshihiro believes that it can support the help of others, those many soldiers are being suitable from the battlefield that wants to defeat them once more and complete the missions.

However, Yoshihiro was unable to stop Toyohisa from rushing into the early tomb and patronizing him to understand his status as a warrior. Yoshihiro would accepted the entire army and wanted to fight with his family again. One day, Yoshihiro asked his elder brother Yoshihisa to come up with such intimidation and immediately introduce Ōtomo forces in Mimikawa. Although they wanted to stay safe without being dangerous, Shimazu eventually achieve a reinforcement requests from northern ally Arunobu Arima. But joined the armies with him in Okanawate, they were eliminated with a ten-to-one advantage against Takanobu Ryūzōji. 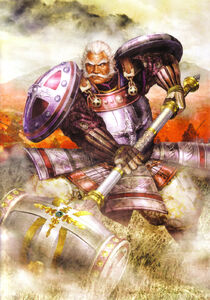 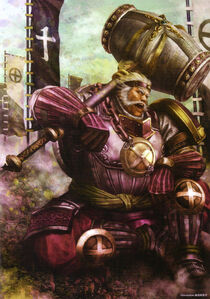 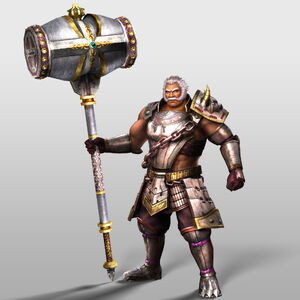 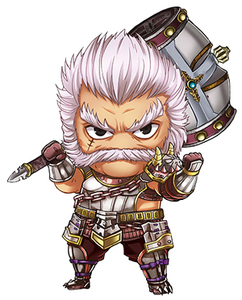 Retrieved from "https://hero.fandom.com/wiki/Yoshihiro_Shimazu_(Koei)?oldid=1696330"
Community content is available under CC-BY-SA unless otherwise noted.