Personal style (based on kenjutsu learned from Yagyu Jubei)

Help Haohmaru and his friends.

Yoshitora Tokugawa is one of the heroes from Samurai Shodown.

Yoshitora is the sole heir to the reigning shogun and the former student of Gaoh and Jubei. He is more interested in politics than women and factions. He will flee his hometown and refuse to become the next ruler. Gaoh believes that Japan can only prosper when Yoshitora rules, and at the same time can start a rebellion, hoping to attract his students. In his ending, he questioned the motives of his former master.

Gaoh explained that the rule of the shogun before Yoshitora was indifferent to the people and continued under his rule, which only brought famine and embarrassment to the people. He pleaded with his students to become shogun generals. For the first time, Yoshitora realized his role responsibility and eventually agreed with the requirements of his predecessor.

As a shogun warrior, he then challenged Haohmaru to fight, and asked the latter to join him and help him build a new country. Haohmaru replied that if he lost, he would join Yoshitora. They are fight but their results are uncertain.

Yoshitora is a cock-sure and rebellious member of the Tokugawa clan. Though he presents himself as a bit of a slacker, he is actually quite aware of his surroundings and won't hesitate to take the wisest choice in a conflict. Analogous to his historical inspiration, he is also a playboy. In one of his winning poses, he is followed by a crowd of young ladies. 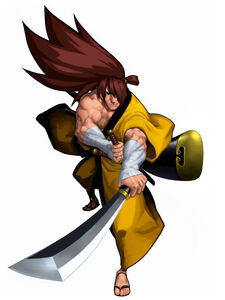 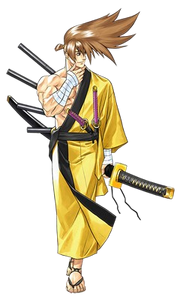 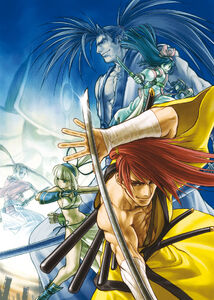 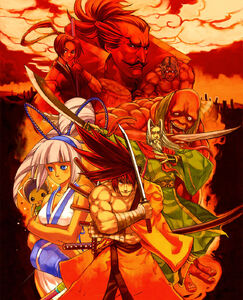 Retrieved from "https://hero.fandom.com/wiki/Yoshitora_Tokugawa?oldid=2264408"
Community content is available under CC-BY-SA unless otherwise noted.