Yosuke Hanamura is a playable character from Persona 4. Much like the game's protagonist, Yosuke had also moved from a big city to the small rural town of Inaba.

Yosuke has slightly unkempt mahogany hair (revealed to be dyed in Shadow of the Labyrinth), and brown eyes. At both his school and inside the Midnight Channel, he wears a school uniform of Yasogami High, along with a white V-necked with long sleeves and a pair of red headphones (save for two occasions, he is never seen without them). Yosuke also wears orange glasses during battles. During summer he wears his school summer uniform, along with another V-necked shirt with short sleeves. On weekends, he wears a white leather jacket with a orange V-necked shirt, and dark green pants. During weekends in the summer, he wears a white V-necked shirt with red motifs on the front. During the Crossdressing School Festival he wears a school uniform for girls with a light-yellow sweater vest, a loose red ribbon, a red checkered mini skirt, black stockings, brown shoes and a strawberry red rubblehead on top of his head. Interestingly, in the anime, his socks are mysteriously changed from black to white.

In Persona 4: The Animation, his swimming trunks are orange and have a floral pattern on them, and wears Yasogami High basketball uniform when he supported Kou's last game. Then later on cross dressing change to black to white socks.

Yosuke is a clumsy, somewhat paranoid transfer-student who arrived six-months before the protagonist. He is often the target for jokes about his lack of muscles and body strength, and fights with blunt, double-handed objects - such as knives, kunais and wrenches. The protagonist first sees him crashing his bike into a garbage can - the first of many times - but he doesn't introduce himself to the protagonist until he helps Yosuke by getting him out of a garbage can. He cares deeply about Saki Konishi and fell into depression after her death.

He tends to be a bit of a wannabe ladies' man and has a fascination for girls, but more so in the original game, he shows great deducing skills and is often on task of the situation on hand, and can be a very serious individual at times. He also tends to keep a good face in order to make sure the team is on their best spirits and cares a lot about Yu at times, as well as having a strong sense of justice. A notable gag is that Yosuke seems to be at odds with Chie Satonaka several times. 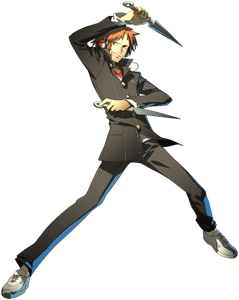 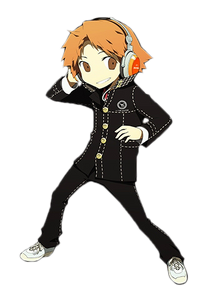 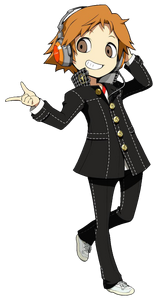 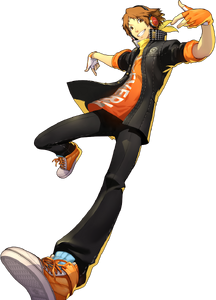 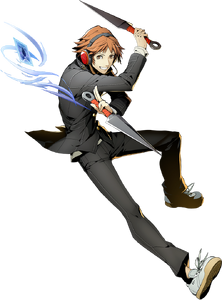 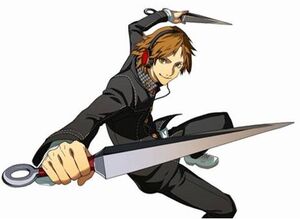 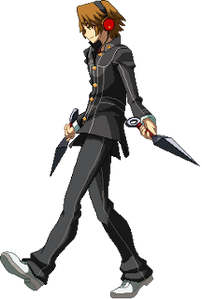 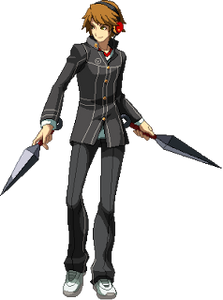 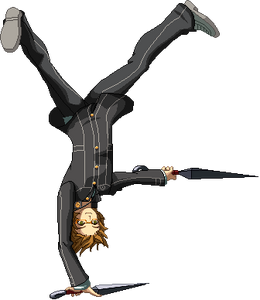 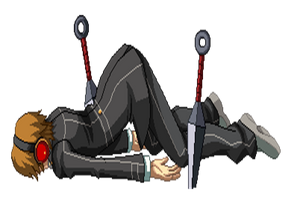 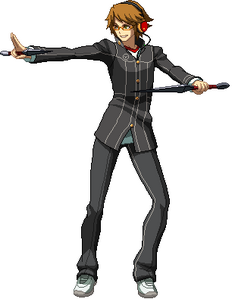 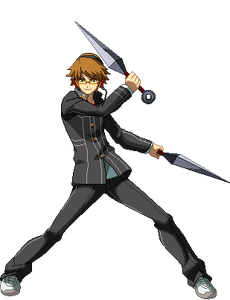 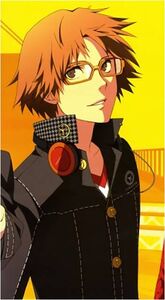 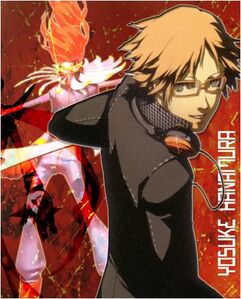 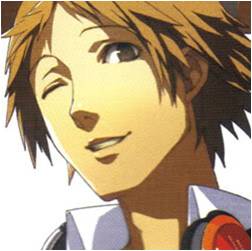 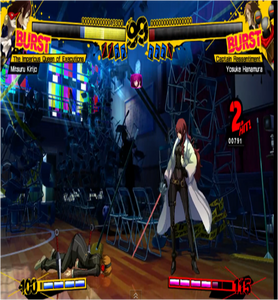 Yosuke shares his last name with Neon Hanamura from Persona 4. They are both voiced by Yuri Lowenthal.

Retrieved from "https://hero.fandom.com/wiki/Yosuke_Hanamura?oldid=1801867"
Community content is available under CC-BY-SA unless otherwise noted.