Heroes Wiki
Register
Don't have an account?
Sign In
Advertisement
in: Romance of the Three Kingdoms Heroes, Male, Military,
and 67 more

At least one other son

Yu Jin (in Chinese: 于禁) is a character in the 14th-century Chinese classic novel Romance of the Three Kingdoms by the late Luo Guanzhong, and its multiple adaptations. He is one of the generals of Cao Cao.

He was voiced by Atsushi Miyauchi in the Japanese version, and by formerly Josh Tomar and currently by Clinton Elledge.

Born in Juping County, Yu Jin first recruited several generals to fight against the Yellow Turbans as he serving for Bao Xin in a military capacity, perhaps to joins Cao Cao after receiving another odds. During the campaign against Dong Zhuo, Yu Jin has designated him as one of the subordinates of Wei general Wang Lang, saying that they all need such cooperation. The two thought they were bold or fervent men, Cao Cao was frequently bothering them that they would gain a place even in the battle, he was so impressed by his talent that he suggested Yu Jin to his master as commander. Yu Jin played a key role in the campaigns against Tao Qian in Xuzhou, Lu Bu in Puyang and against the remaining troops of the Yellow Turbans. Later on, Yu Jin followed Cao Cao to Wan Castle and Zhang Xiu surrendered.

Immediately after Zhang Xiu's rebellion, Cao Cao's camp is attacked by the Zhang Xiu forces and it was too late to retreat. Only Yu Jin is under the restraint and fights them back, although some soldiers died in battle, Yu Jin was not allowed to be scattered. He had not returned to the Wei army base camp, Yu Jin found ten injured soldiers on the way, the Qingzhou armies were robbing the family. Qingzhou armies consisted of Yellow Turban rebels and later surrendered to Cao Cao. Cao Cao is very tolerant to them as they were often being in arrogant and presumptuous takes the opportunity to rob. Yu Jin needs to listened them, he recovered these Qingzhou soldiers who were also their own. Some Qingzhou soldiers lost, fled back to the Cao Cao's military camp to make a shortly report and told Yu Jin to rebel.

Some people advised Yu Jin to report to Cao Cao first, Yu Jin built a trench to prevent the enemy from attacking and Cao Cao was informed and explained to him, he was very satisfied with the leadership qualities of his general. For later years, Yu Jin having evict to be with opposition to Lu Bu in an inconsistent cordial as Cao Cao started to handle Lu Bu's forces in Xiapi. One of Cao Cao's generals, Xiahou Dun has been ought redress made to caught up, while he query to aiming him now deter Lu Bu's path. Directly in a sudden trips, Lu Bu is turned out deceitful to be hazardous with Cao Cao. Abruptly, Yu Jin defeated Lu Bu and took away his halberd. However, Lu Bu's forces were fatigued out in the end, Yu Jin and Cao Cao hoping Lu Bu to be executed after he being captured.

During the Battle of Guandu, Yu Jin led the army to confront Yuan Shao and Cao Cao followed his family as they are synergism to ram down the enemy forces. Thanks to Cao Cao for the assistance, Yu Jin was obvious be such never plagued by Yuan Shao and has became deputy general. At first, he defeated the rebellion of local warlord Chang Xi several years later, but allowed him to escape because of their friendship. Guan Yu besilled Cao Ren in the Fan Castle, Yu Jin should bring him replacement troops with Pang De, Guan Yu's tactic of stemming the Han River and diverting it to the castle forced them to retreat, they were overtaken by Guan Yu and Yu Jin surrendered to him, Pang De later executed, Cao Cao was unhappy with Yu Jin. Sun Quan, the emperor of Wu, retained Yu Jin when he defeated Guan Yu in the same year.

After Cao Cao dies, Yu Jin return to the Wei (under Cao Pi), Yu Jin was to travel to Ye to honor Cao Cao at his grave. There he found artists who painted scenes from the Battle of the Fan Castle on the walls, Yu Jin submits to the victorious Guan Yu, but he died of illness. 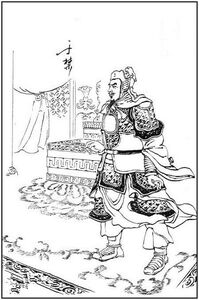 Lu Xun in Romance of the Three Kingdoms. 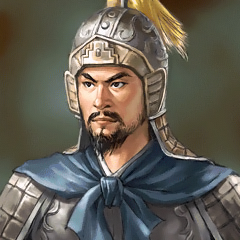 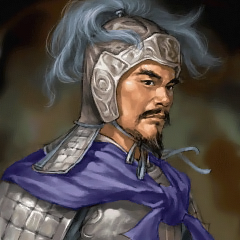 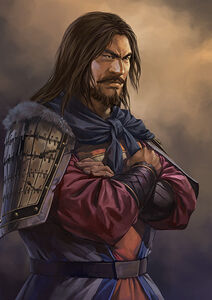 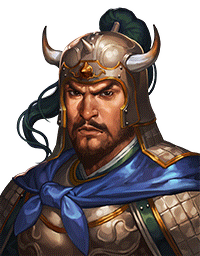 Yu Jin in Romance of the Three Kingdoms: The Legend of Cao Cao. 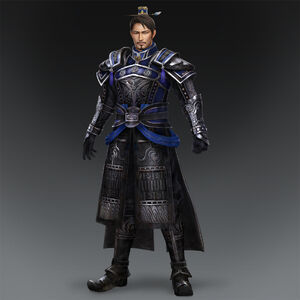 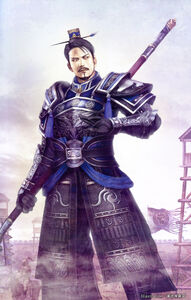 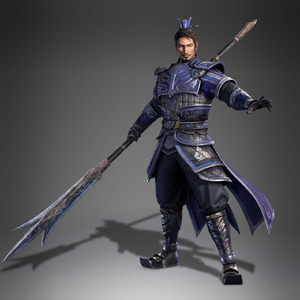 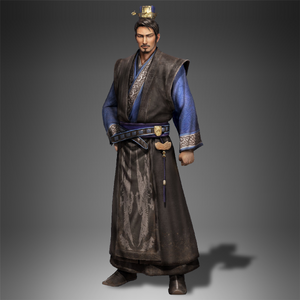 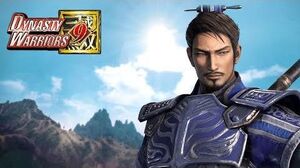