Leader of the Investigation Team

Yu Narukumi is the main protagonist and player character in the video Persona 4. He is a transfer student who came to Inaba to stay for a year, only to discover that a series of inexplicable murders is taking place. Soon, he and some classmates discover that these murders are taking place in another world, accessed by going inside a television. Yu then becomes the leader of a group called the Investigation Team in order to find the mysterious Inaba killer and bring him to justice.

He is voiced by Daisuke Namikawa in the Japanese version and Johnny Yong Bosch in the English version.

Yu has short, bowl-shaped gray hair with matching gray eyes. He has a pale complexion and is quite tall, however is still a head shorter than fellow Persona user Kanji Tatsumi. At school and in the Midnight Channel, Yu wears the conventional school uniform of Yasogami High and wears gray glasses in battle.

In the summer, he wears a light uniform. On days off, he is shown wearing a black jacket and gray turtleneck shirt along with black pants. On days off in the summer, he wears a white collar shirt with short sleeves and brown pants. At the school festival while cross-dressing, he uses a female uniform with black leggings as well as a wig with long pigtails. The protagonist also has a black blazer which he occasionally is seen wearing in the manga adaption of the game.

In Persona 4 Golden during the newly added Halloween event, he dresses as a vampire, wearing a huge black top hat, a white chemise along with black suspenders and black pants while he wears a snow suit with a beanie and yellow goggles, black turtleneck and possibly a white sweater vest during the ski trip event. In colder days in the winter, he wears a white winter coat with black and white pad scarf and matching black gloves under his school uniform.

Yu Narukami is a silent protagonist except for instances where he speaks when summoning a Persona and so on. His personality is ultimately based on the player's actions and decisions. However, when the protagonist of Persona 4 hears Jika Net Tanaka, he describes it as a cheery song unlike Makoto Yuki who describes it as an annoying song which may indicate some semblance of a personality.

In the Persona 4 Manga adaption, Souji Seta is a distant loner who demonstrates a high level of maturity, his overly formal speaking tone being one of the most telling signs. Seta has a pessimistic outlook on life due to his parents and having to move frequently as a result of said parents' demanding careers but he eventually warms up as he explores friendship.

In Persona 4: The Animation, Yu Narukami is depicted as quiet and polite. Before the awakening of his Persona, Yu seemed to be emotionless and cold at times, as well as occasionally deadpan. Afterwards, however, he is shown to value the bonds of friendship between the members of the Investigation Team and is highly concerned about his friends. He goes through great lengths in order to help others. Fortunately as he grows closer to the group he opens up more and more, and by the end he is as unique (though still quieter) as any of the other characters. He has a dry sense of humor, and sometimes does questionable things which he thinks are funny. He also seems a bit naive and oblivious to certain situations, which somehow keeps working to his benefit; especially when dealing with the girls, as he is able to get away with things that would warrant a smack for any of the other male characters.

Yu has his unnamed parents from Osaka but they're working so Yu goes to Inaba for a foster home trip to stay there for a year his little cousin Nanako and his detective uncle Ryotaro Dojima. 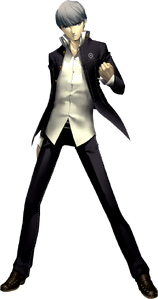 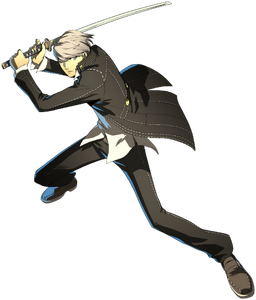 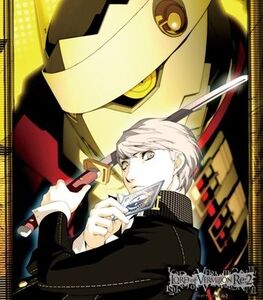 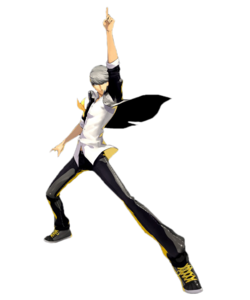 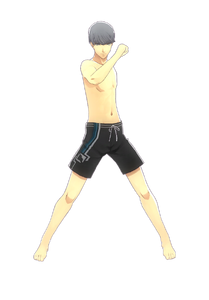 One of Yu's DLC costumes in Persona 4:Dancing All Night 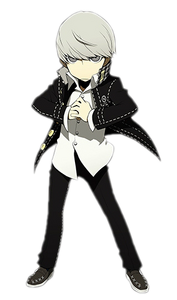 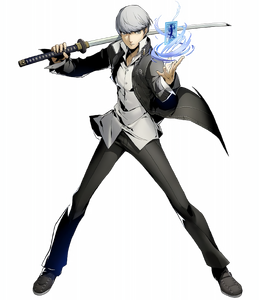 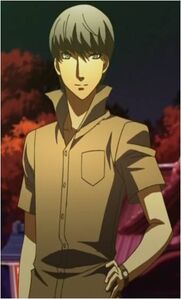 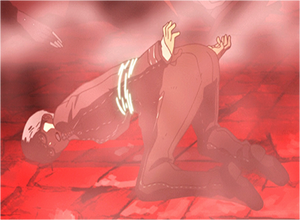 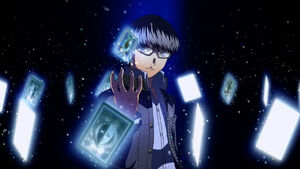 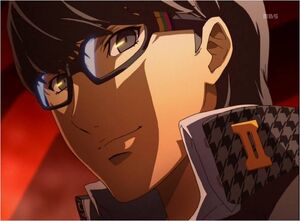 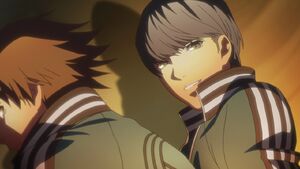 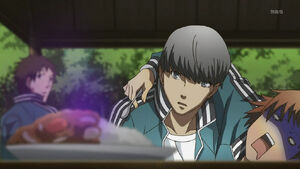 Was the curry too spicy? 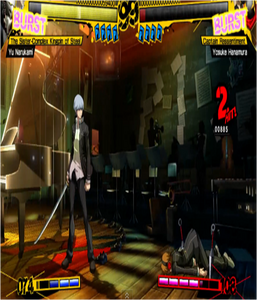 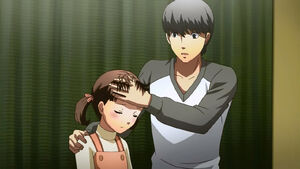 Yu with his cousin 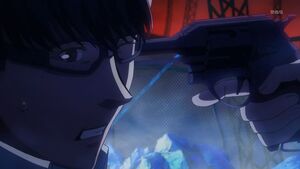 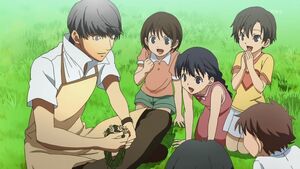 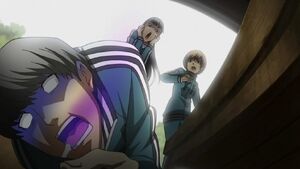 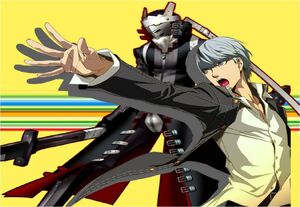 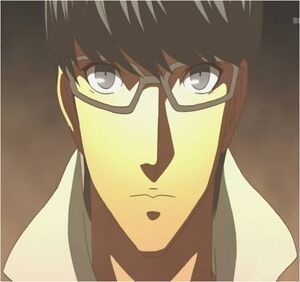 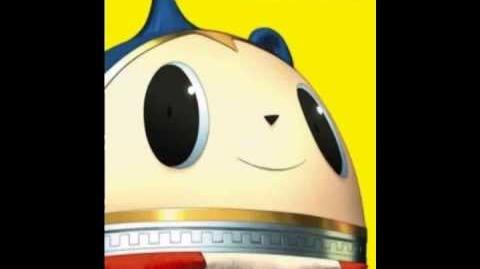