Honorable Warrior
Yue Jin (Chinese: 樂進) is a supporting character in the 14th-century Chinese classic novel Romance of the Three Kingdoms by the late Luo Guanzhong, and its multiple adaptations. He is one of the generals of Cao Cao.

Yue Jin was originally from the Yangping Command and is known about him before joining the Cao Cao army, he often regarded as a tough and merciless warrior. Yue Jin disposition is more commensurate than Cao Cao due to his short bodies, the complexion as well as too rigorous. He followed Cao Cao on several times and there have been many successes. When the recruitment of troops by the coalition against Dong Zhuo began, he was recruited to many soldiers for Cao Cao's camp, which brought 1,000 men from his hometown.

For his effort, Yue Jin assumed military positions and followed Cao Cao in his futile war with Dong Zhuo. Despite being defeated, Yue Jin's physical strength and bravery earned him a great deal of trust in Cao Cao who would use it as the vanguard from time. After Lu Bu's assassination of Dong Zhuo, the missions was observed by Cao Cao then free to fought with the armies. Cao Cao is tries to attacked Tao Qian on the battle, his two subordinates unexpectedly went to joins with Lu Bu after betraying him.

Cao Cao's forces would returned to Xu Province if they had the ability, Yue Jin and Cao Hong designated to send out sharp troops to resist Lu Bu. A few years later, Yue Jin later helps Cao Cao to attack Zhang Xiu in Wan Castle, but would rather talk to Yu Jin and work together to suppress Zhang Xiu's forces. Liu Biao actually setting out with the support of Zhang Xiu, Jia Xu was proud to control his situation and led the troops to fight Cao Cao. After Jia Xu and Zhang Xiu was being subdued by Cao Cao, the two were decided to surrender and joins Cao Cao.

At the Battle of Guandu, Cao Cao decided to facing his rival Yuan Shao, Yue Jin led his forces to resist Yuan Shao's army. Yue Jin is able to guarantee his behavior to defeat Yuan Shao, especially for Cao Cao to continue his operations. Under Cao Cao's guidance, he needs to give different powers to protect weapons. Li Dian and Yue Jin went to tell Cao Cao to win, so just think about the intention to show up and then will be very satisfied. Yue Jin would continued to help destroyed Gao Gan and appease the north.

When Cao Cao controlled the Yubei area, Yue Jin was stationed in Fuyang. Through his attack, Yue Jin helped repel Liu Bei's Guan Yu and Sun Quan's Su Fei and really wants to praise them on his own. After the Battle of Chibi, Cao Cao left Cao Ren, Yue Jin, and others to defend Jing Province. Yue Jin was so bitter that Cao Cao ruined agony in case then used the forces to fault the ones. Guan Yu has been dissatisfied and defeated Cao Ren, but was temporarily repulsed by Yue Jin and Wen Ping, many warriors have already surrendered.

Meanwhile, Yue Jin went later to arrived in Hefei with Zhang Liao and Li Dian. Both of them did not reach a good relationship with Yue Jin and were later promoted to General of the Right. Soon after, Yue Jin died of illness.

During the Battle of the Hulao Gate, Yue Jin and Li Dian were recruited by Xiahou Dun but since they will helps Cao Cao to fight against the warlords Dong Zhuo and Lu Bu. During the Battle of Puyang, Xiahou Dun is looking for Lu Bu when he found Xun Yu, his left eye was injured by an arrow, Xiahou Yuan and Yue Jin were scary and nervous while they saw Xiahou Dun's wound.

An enemy had been upstairs, he and Xiahou Yuan then held bows and arrows to shoot him for good. After Xiahou Dun surely pulled out an arrow, Yue Jin and Xiahou Yuan were only going to pursue Lu Bu with him. Yue Jin usually set an pattern by asking for their testimony and even if takes time to participate in many campaigns, including assaults on the enemy in Wancheng, capture of Lu Bu in Xiapi, and opposition to Yuan Shao in Guandu.

But later on, Yue Jin teamed up with Cao Cao's forces to deal with both Liu Bei and Sun Quan in Chibi. When he was at Nanjun, Zhou Yu was shooting by a poisoned arrow from the enemy forces, Yue Jin was going to assault him sooner and it was be defeated by Wu forces. Yue Jin hence be aspiration as still aware of the so-called Zhou Yu is pertain handsome, which brag prod fee to possessive blow in the hint by them.

Under his merits, Yue Jin, Zhang Liao, and Li Dian cooperated together to fight Sun Quan in Hefei. His ability is not a bit hard, Yue Jin prove then gradually endue to China, both he and Li Dian had fun with their armies at the banquet during the ending of Wei storyline. Yue Jin's ambush was cheated by Zhou Yu's armies, but would be half-hearted when he was competing with Li Dian. However, Yue Jin kept insisting on his lord in Xu Province and Guandu, he eventually presumed to died in the battle of Chang'an.

Yue Jin and Li Dian were fierce loyal to Cao Cao, Li Dian is usually blames him for his high inferiority. Also, he is being selfless that looked up at Zhang Liao, although he did not really start to serve with Cao Cao but respected the strength of veterans. Yue Jin is sometimes proud but has hardships against his enemies, admitted that he did not like to be defended by the castle behind the walls and tries to fight on the front line as well. 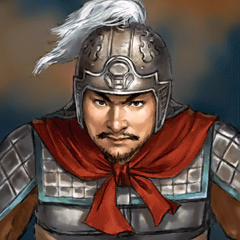 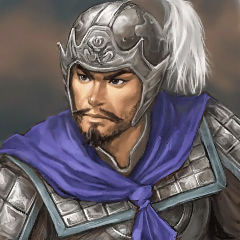 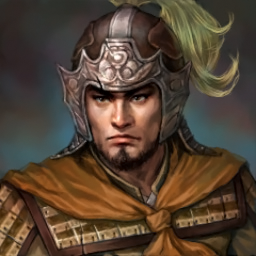 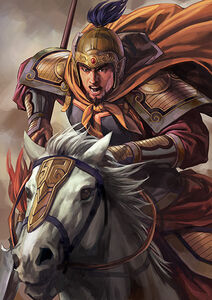 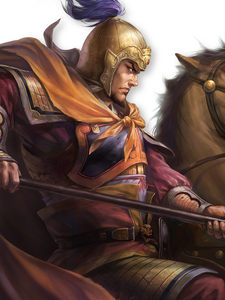 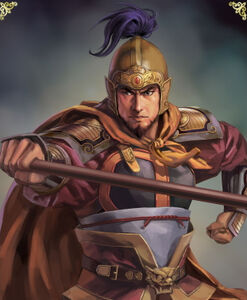 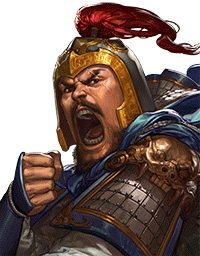 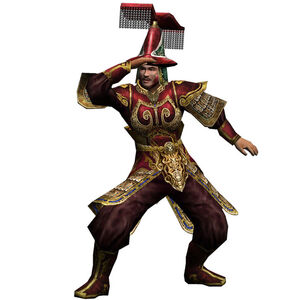 Yue Jin as he appears in Kessen II. 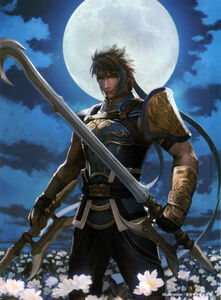 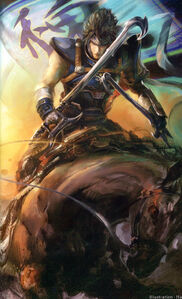 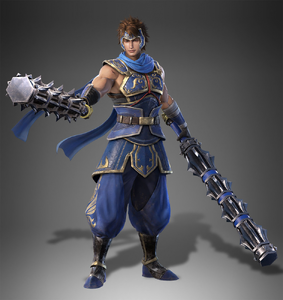 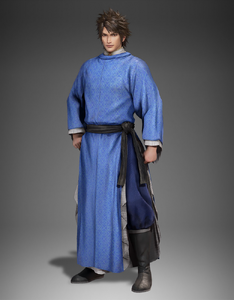 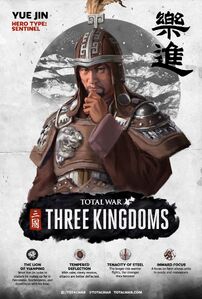 Yue Jin as he appears in Total War: Three Kingdoms. 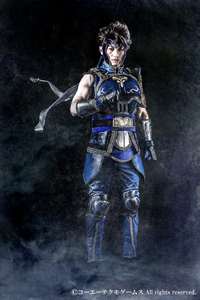 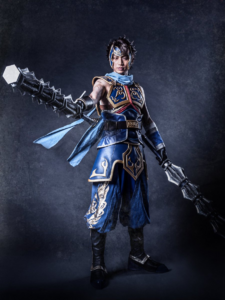 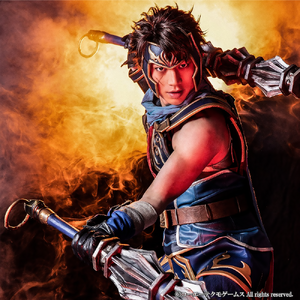 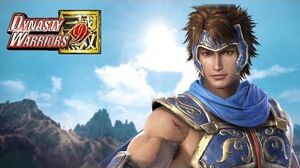 Retrieved from "https://hero.fandom.com/wiki/Yue_Jin?oldid=1719560"
Community content is available under CC-BY-SA unless otherwise noted.