Being with Kirito, Asuna and their friends

Join her father to rescue her mother (ALO, succeeded)

«Yui-MHCP001» (Mental Health Counseling Program 001), also simply known as Yui, is a major protagonist from the light novel/manga/anime franchise Sword Art Online. She is a piece of sentient artificial intelligence who is found by Kirito and Asuna around the forests of the 22nd Floor of the Floating Castle Aincrad, and subsequently adopted as their virtual "daughter".

In the Japanese version, she is voiced by Kanae Itō also voiced Amu Hinamori from Shugo Chara! series and Ruiko Saten from A Certain Scientific Railgun series. In the English version, she is voiced by Stephanie Sheh who also voices Hinata Hyūga from Naruto series, Orihime Inoue from Bleach, Megumi Shirakawa from Digimon Data Squad, Rin Nohara from Naruto Shippuden, Kuro from Blue Exorcist, Mikan Tsumiki from Danganronpa, Minami Uehara from Digimon Tamers: Battle of Adventurers and Yui Hirasawa from K-ON!.

She has long dark hair and bright black eyes. In her most common form, she wears a white one-piece dress. In her Navigation Pixie form she wears a long light-pink dress with detached sleeves and pink anklets. In both forms she goes barefoot.

As Yui was originally a girl without her memories, she felt insecure about not knowing who or where her "parents" were, so she assumed that Kirito was her father and Asuna was her mother. After the couple decides to play along as the girl's parents due to the girl's psychological condition, she begins to be very cheerful and shows great affection for her so-called "parents". According to Asuna, her behavior was like that of a baby, despite her young appearance. However she does not show any fear, regardless of the kind of danger she might be in and even shows signs of rebellion when Kirito tells her that she has to stay with Sasha when Kirito and Asuna wanted to go to a dungeon to rescue Thinker.

After regaining her memories, she tells her in-game parents that she had become melancholic when the death game began, as she wasn't allowed to comfort players and was forced to continue monitoring their psychological parameters, but, after nearly 2 years of only seeing insanity, misery and anger, she finally noticed a couple that showed happiness and joy and wanted to be close to the two to experience their emotions, even though she was not allowed to interact with players. After being comforted by Kirito and Asuna, she regains her joy, even though she was about to be deleted by the Cardinal System, and showed no sign of repentance, but tears of happiness, which she had due to being with her in-game parents, instead.

Upon being reactivated in ALfheim Online she still displays a deep attachment to Kirito and Asuna, continuing to act as a surrogate daughter. She also scolds Kirito when he receives affection from other women aside from Asuna, stating her "papa" is "cheating," but she does, however, eventually accept Leafa into Kirito's life. 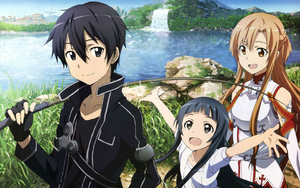 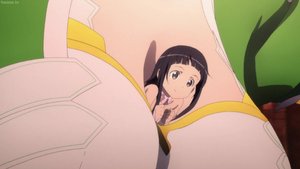 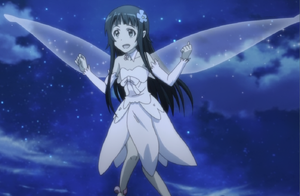 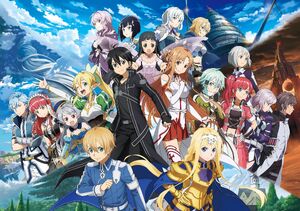 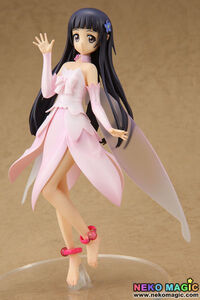 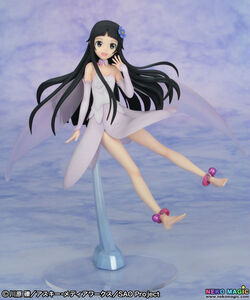 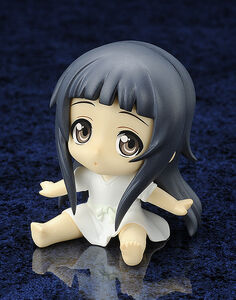 Retrieved from "https://hero.fandom.com/wiki/Yui_(Sword_Art_Online)?oldid=2182518"
Community content is available under CC-BY-SA unless otherwise noted.