Find out the truth behind her father's death (succeeded)

Yukari Takeba is one of the main protagonists and playable characters in the video game Persona 3. She is a student at Gekkoukan High School and one of the two party members available from the beginning, the other being Junpei Iori. She is a popular but tragic girl who first joins SEES with the hopes of finding out the truth behind the death of her father. Her initial Persona is Io and her Ultimate Persona is Isis.

She is voiced by Megumi Toyoguchi in the Japanese version and Michelle Ruff in the English version.

Yukari has short, light-brown hair and brown eyes. She is slightly shorter than the male and female protagonists in P3 and P3P. She is often seen with both her hands behind her back, except when holding her bow.

At school and in Tartarus, she wears a pink sweater jacket, a loose red ribbon, a black mini skirt, black stockings with white lines, and a heart-shaped choker. On the weekends and days off in the winter, she is seen wearing a long pink jacket and brown boots. On the weekends and days off in summer, and in A Certain Day of Summer, she wears a pink tank top with orange straps and detail, and faded navy blue pants. She is never seen without her heart-shaped choker except when in a bath towel (during the July Operation only male protagonist's storyline and Kyoto at their three day), in her pink and blue two-piece swimsuit (during the beach excursion in Yakushima), or in her kimono (during both the Summer and New Year's Festivals).

In Persona 4: The Ultimax Ultra Suplex Hold, now 19 years old, she reappears and is wearing the uniform of Pink Argus.

Yukari's Arcana is the Lovers, which focuses on balanced, connected relationships with others and important choices; as such, her personality and story revolve mainly around her relationships. She is very popular in Gekkoukan High due to her kind nature and cheerful, positive outlook on life. However, her kindness has its limits, as she's prone to mood swings and getting annoyed over trivial things, often expressing this annoyance with sarcasm. Even though she and Junpei are friends, they seem to clash more often than not, with her even giving him an insulting nickname i.e. Stupei. Her hobbies include archery and acting for drama, and she eventually makes a career of being an actress as Pink Argus. Her favorite color is pink and she has a fondness for cutesy things such as her heart choker.

Despite her cheerful exterior, Yukari is secretly a very lonely girl. Although she deeply values bonds and relationships with others, she's afraid of letting anyone get too close to her with fear that they'll find out about her shady past. The protagonist is an exception to this, as the two can relate to each other due to their shared losses. Eventually, she starts to open up to those around her, particularly Mitsuru, who she initially doesn't like very much but eventually becomes best friends with. Yukari despises the Dark Hour, and likens being a Persona-user to trading innocence for power, since you can no longer turn away from the things you don't want to see. As a result, she considers being conscious during the Dark Hour to be a curse rather than a blessing, and so is shocked by Strega's willingness to keep it active just because it makes them feel special, calling them "crazy." She has made it her goal to eliminate the Dark Hour no matter what and fulfill her father's dying wish, a desire that only strengthens after receiving her father's true message (the other one had been edited by Ikutsuki), which triggers the evolution of her Persona.

However, while Yukari's love for her father reaches the point of idolization, she has a poor relationship with her mother due to her throwing herself at random men ever since her husband's death. It got to the point that Yukari decided she was better off living alone, doing so for 3 years before coming to the S.E.E.S. dorm. The two rarely talk, and when they do, their conversations are straight to the point at best and outright antagonistic at worst. What Yukari doesn't realize, however, is that her mother is probably just trying to move on and that it's a natural response for anyone, something Yukari didn't understand since she didn't know what it was like to lose the one you love, something she eventually learns through her Social LInk. In fact, Yukari has on several occasions failed to consider the feelings of others, and it proves to be her greatest flaw.

Yukari has phasmophobia (a fear of ghosts), which Junpei, Akihiko and Ryoji Mochizuki often take advantage of by intentionally spooking her or telling her ghost stories to agitate her. Yukari's phasmophobia can be seen as being symbolic of her fear of death. Yukari has an extreme fear of death and the thought of non-existence sends chills down her spine to the point where she initially has difficulty using her Evoker. Despite these fear, Yukari is a very brave girl, perhaps to a fault, considering going to the back alley behind Port Island Station to be an "adventure" despite Junpei repeatedly warning her how dangerous it is and not being the least bit intimidated by street thugs, calling them "scum." She is also incredibly determined and strong-willed, even by the standards of the group, which is best shown when Ryoji offers to have the group's memories erased so they won't see The Fall coming; while most of the group are in deep conflict about what to do, Yukari decides right there and then that she doesn't want her memories erased, as she believes that forgetting would be like hiding from the truth. Over the next month, the rest of the group follow her example.

In The Answer, Yukari has become notably more bitter and rude as a result of the protagonist's sacrifice. She becomes desperate to get out of the Abyss of Time as quickly as possible and sees no point in bringing up the past, as the group's whole reason for risking everything was to move on to the future. Over the debate about what to do with the keys, however, Yukari reveals that she had kept telling herself to keep moving forward to cope with the protagonist's death, but now that she has a chance to save him, she'll take it no matter what. It's here that her determination ends up clouding her judgement, as she becomes ridiculously overconfident and uncaring of the consequences her decision could have. She also shows extreme hypocrisy, accusing Akihiko and Ken of only caring about themselves due to their willingness to accept the present, when she's willing to risk the end of the world as they know it for her own selfish desire. Once she loses the fight against Aigis, she refuses to admit defeat and attempts (futily) to take the True Key from her, going so far as to say she just wants to see the protagonist again and doesn't care about anything else. After being comforted by Mitsuru and learning the truth behind the Seal, however, Yukari admits how stupid she was and apologizes to Aigis for the horrible things she said, having realized that she was just jealous that Aigis had inherited the protagonist's power instead of her. She also realizes that if there was a way to defeat Nyx without the protagonist sacrificing himself, he would have taken it, and feels like an idiot for not realising that before. After this, Yukari more-or-less reverts back to her old self, even asking Aigis to be her roommate at their new dorm. 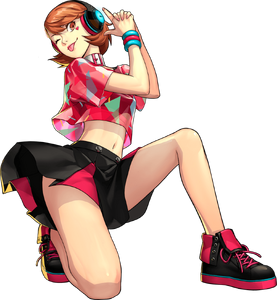 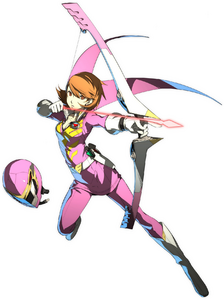 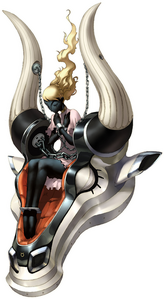 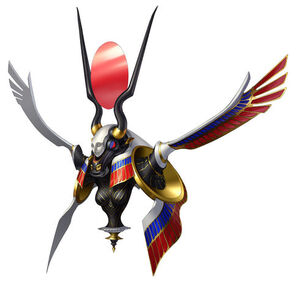 Yukari's Ultimate Persona, Isis
Add a photo to this gallery

Retrieved from "https://hero.fandom.com/wiki/Yukari_Takeba?oldid=2197011"
Community content is available under CC-BY-SA unless otherwise noted.