Yuki Cross, known as Yuki Kuran when she awakens as a Pureblood Princess is the female protagonist of anime, manga series, Vampire Knight.

She was voiced by Yui Horie in Japanese version and Mela Lee in English version.

She had brown hair and red/dark brown hue color and big brown eyes that is fringed with red.

She is generally a kind, caring, cheerful, and comedic character, but she is naive and careless, and performs poorly in her studies due to spending most of her nights as a Guardian. She is often kept ignorant by other characters who know more about on-goings, which gives her immense guilt for being unaware of the suffering of other characters.

She is the adopted daughter of the Headmaster of Cross Academy, Kaien Cross. She begins as a human. She wields the Artemis rod to protect herself and the day class students against vampires. Yuki is extremely close to Zero Kiryu, who she becomes determined to help once she learns he has become a vampire.

Her other significant relationship is with Kaname Kuran, whom she has been in love with since he saved her from a vampire attack as a young child and later found out that Kaname was her brother and fiancé.

Later in the story, it is revealed Yuki is a Pureblood vampire and the daughter of Haruka and Juri Kuran. Even after becoming a vampire again, Yuki's personality remains largely unchanged. After Kaname sacrifices his heart to the furnace that creates anti-vampire weapons, Yuki gave birth to a daughter that she conceived with Kaname and sometime later, another child with Zero. After her children reached adolescence, Yuki sacrifices her life to turn Kaname into a human and thus resurrect him, leaving her children with a message that describes the world he will see the same way she saw it. Hino Matsuri has described Yuki as a healing and soothing character, who exemplifies her justice side. 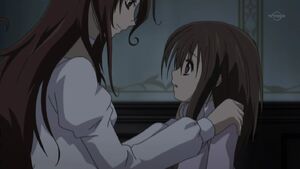 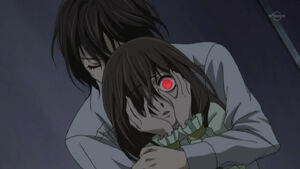 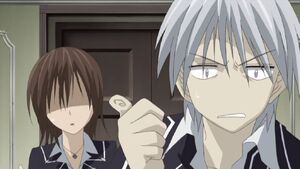 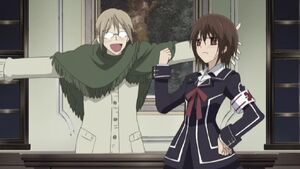 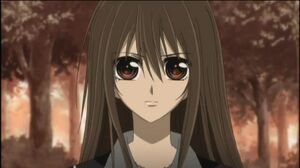 Retrieved from "https://hero.fandom.com/wiki/Yuki_Cross?oldid=1790146"
Community content is available under CC-BY-SA unless otherwise noted.