Yukimura Sanada is a 15 year-old student with an underdeveloped body, in the middle school section and the leader of the Toyotomi faction. She is Muneakira's second Master Samurai, with the mark of wisdom on her left butt cheek. Her weapons are a pair of huge battle fans capable of manipulating wind and can also use them to block enemy attacks. However, she has shown no control whatsoever over her powers when she is in her Master Samurai state, though she improves as the series progresses. She also seems to have feelings for Muneakira. Her transformation phrase is "Fushaku Shinmyo", which means "Self-sacrificing Dedication". Jubei's nickname for Yukimura is "Yukki".

She was voiced by Rie Kugimiya in Japanese and Hilary Haag in English.

Yukimura wears a red and black detailed fan on her head, with a red ribbon. She wears a white swimsuit underneath an open red and black kimono, and has white and pink shoes.

Yukimura looks small and weak, but she is actually pretty strong-willed, keeping a cool head during intense situations. She can also be slightly mischievous at times. She begins to get feelings for Muneakira, after initially being harsh to him.

She can control wind with her battle fans, but cannot fully control her power when she transforms. She is also a keen Feng Shui reader, able to accurately predict the future with ease. 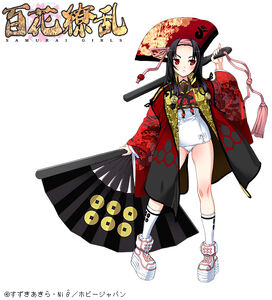 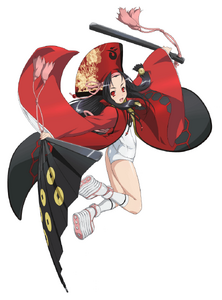 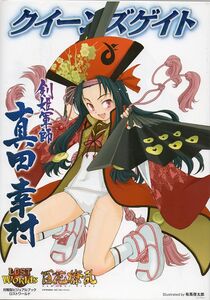