Yato's exemplar and only Regalia

Can turn into a sword (later two) for Yato to wield, Severance, Borderlines, Restraint

Prove his worth as Yato's Regalia

Yukine is the tritagonist of the anime/manga series Noragami. He is Yato's Regalia, a type of weapon used by gods to kill Phantoms, as well as his exemplar. Initially, he is deeply dissatisfied with his life as a Regalia, but he soon comes to terms with it after committing many sins, with some help from Hiyori Iki. Eventually, after nearly being killed by Bishamonten, he becomes a Blessed Vessel after proving his loyalty to Yato. So far, he is one of only two Blessed Vessels shown in the series, the other being Kazuma.

He is voiced by Yuki Kaiji in the Japanese version of the anime and Micah Solusod in the English version, the former of whom also voices Eren Yeager, Alibaba Saluja and Issei Hyoudou.

Yukine has the form of a teenager with a youthful face. He has bright golden-orange eyes and relatively long blond hair that extends to the the bottom of his ears. Yukine is shorter than both Yato and Hiyori at only 155 cm. Upon his first summoning, Yukine wore a simple white robe and white socks. He is later depicted with a blue hoodie over a purple shirt, loose dark grey jeans, a white and teal snow cap, and light grey shoes.

In Episode 05 of the anime, he changes his attire to a white T-shirt, dark blue jeans, and a green knee-length jacket with orange inner lining and a fur-rimmed hood. In shinki form, he turns into a long silver katana with the handle wrapped in white bandages, the bandages still extending loosely to the blade. After he is shattered by Bishamonten, he transforms into a set of two katana. The new second blade is shorter than the first but has the same design.

Yukine is first portrayed in the manga as being a bit cold and cruel, although in the anime his coldness is toned down. He is clearly upset and annoyed at the fact that he died, and became Yato's weapon, complaining about staying with someone like him. As a result of this and the fact that people cannot see him well, Yukine takes advantage of this and other people, stealing money, clothes, and even betraying Hiyori. Yukine though seems to feel jealous over others who are alive, upset about the fact that he is dead and cannot make friends and learn what other students do. He is also apparently afraid of the dark.

When Yato is forced to punish Yukine, Yukine confesses all of his sins and apologizes sincerely, and escapes the temptation that hurts Yato as his Regalia. Yukine is visibly more upbeat after his punishment, befriending Hiyori more and requesting to learn what she does in school. Yukine also is more diligent in his work as Yato's Reglia, working part time for Daikoku to earn money for the two of them, as well as to atone for his past mistakes.

Despite this, Yukine is still a bit sarcastic and occasionally yells at Yato when he is upset, especially after one of his few friends, Suzuha, dies. In the manga, when Yato was missing, Yukine starts to be more reserved, refusing to worry about Yato, as to surpress his feelings so he won't hurt Yato via negative feelings. He instead busies himself learning how to become a better Regalia from Kazuma and tutoring from Hiyori.

It has been shown many times how insecure Yukine truly is especially when the subject of Nora comes up. Despite being Yato's Blessed Shinki, he feels inferior to Hiiro and is jealous of her because she has been Yato's Shinki for much longer than him and even knew Yato's real name before he learns. He was relieved when he saw Yato release Hiiro as his Regalia.

Yukine is a very powerful Regalia. He was able to create a Boundary on his first try which Yato commented was unheard of. Even Kazuma had to practice for a long time before he was able to create a decent Boundary. He's strong enough to warrant Ebisu and Yato's father's attention and praise to the point where they've both announced their desire to claim Yukine as their own Shinki. Yato becomes worried about the latter's intentions and suggests that he and Yukine move to his small plot of land in Takamagahara. 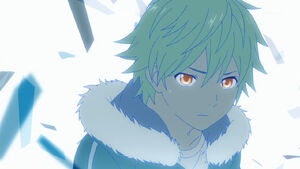 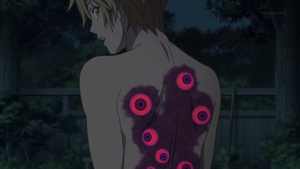 Yukine uses a Borderline for the first time 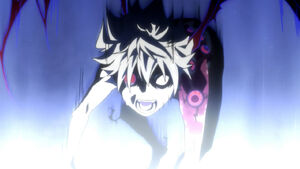 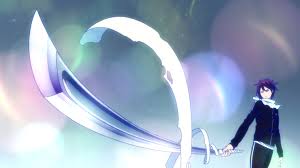 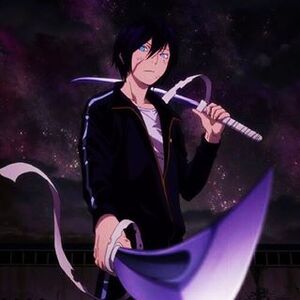 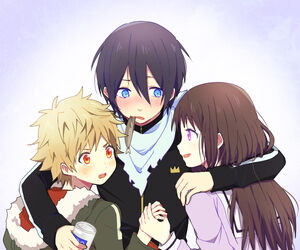 Add a photo to this gallery
Retrieved from "https://hero.fandom.com/wiki/Yukine?oldid=1711659"
Community content is available under CC-BY-SA unless otherwise noted.