Yukino Agria (ユキノ・アグリア Yukino Aguria) is a Celestial Spirit Mage and a member of the former strongest Guild in Fiore, Sabertooth. She is also the younger sister of Sorano.

Yukino was born from a unnamed couple, she has an older sister named Soran, bigger than her of one-year.

Sorano supported her little sister through most of her childhood in which Yukino felt useless to her parents and would always be scolded by the couple.

One day, a group of Zeref's followers attacked her house, her parents were killed and her sister was captured, Yukino just barely managed to survive the attack.

Since then, she has wished to stop Zeref in any possible way, even if she has to go back in time and preventing him from rising to power in order to change history.

Yukino is a slender, well-endowed young girl with short light blue hair and fringes framing her face. She wore a black rose ornament (blue in the anime) on the left side of her head. During her participation in the Grand Magic Games, she dons a cloak clasped together by a star-shaped clip, with feathery protrusions that cover her chest, shoulders, and mid-back, over her blouse and shorts. The cloak flared at her feet, where it is divided into flowing sections secured by ribbons. She wears a black pair of socks that stopped at her mid-thighs. Her Sabertooth mark is located on the left side of her stomach. After her excommunication from Sabertooth, Yukino wears a more casual attire, which consists of a plain white tank-top, with black straps, and a plain black mini-skirt. In the anime, both the tank-top and mini-skirt have become different shades of teal.

Subsequent to becoming a soldier under Arcadios, Yukino wore a dark soldier uniform after the third day of the Grand Magic Games. She currently wears her black rose ornament on her left side of her head. According to Mirajane Strauss and Natsu Dragneel, she greatly resembles Lisanna Strauss.

Yukino is shown to be a quite self-confident girl. She has immense faith in her abilities as a Mage, and takes pride in being a member of Sabertooth - even to the point of betting her life for it. However, while not as cocky as Sting Eucliffe, she does prove to be a bit overconfident, the mentioned bet being made just for the sake of it.[12] She had thought that she had won the bet right from the get go, based on her own knowledge of her power alone. On the other hand, Yukino highly respects her opponents, and acknowledges the extent of their powers.[14] She is also very polite to others, referring to virtually everyone with the suffix "-sama", whether they are guildmates, strangers or even rivals. Despite Yukino's overconfidence and tenacity, she is shown to be very sensitive. The humiliation of having been stripped naked and removing her Guild mark herself greatly lowered her self-esteem. Upon Natsu showing his kindness to her, Yukino broke down and confessed she is rarely ever treated this way. 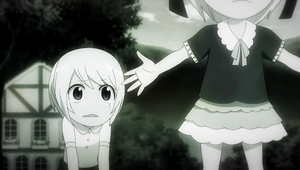 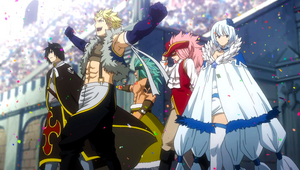 Yukino alongside her team 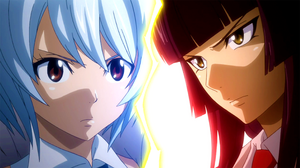 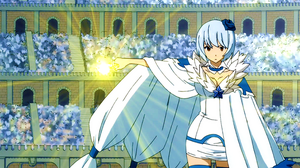 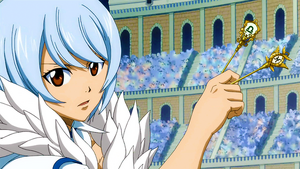 Yukino with her keys 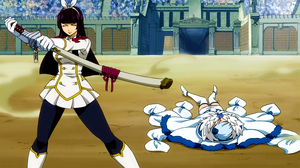 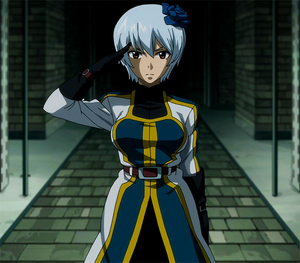 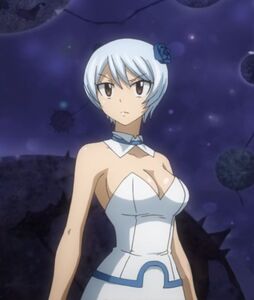 Retrieved from "https://hero.fandom.com/wiki/Yukino_Agria?oldid=1858530"
Community content is available under CC-BY-SA unless otherwise noted.