Spending time with his friends.

Yuma Tsukumo is one of the main protagonists of the trading card game Yu-Gi-Oh!, and the main protagonist of Yu-Gi-Oh! ZEXAL. The fourth Yugioh series and the first other than the original to be 100 made into English. He is a young Duelist who aspires to be the greatest, despite his amateur skills. He finds himself reluctantly partnered with a Dueling spirit called Astral. Together, they search for the "Numbers" cards to recover Astral's scattered memories, becoming a Number Hunter while cultivating his Dueling abilities during his adventures. After winning the World Duel Carnival, Yuma And Astral are the Duel Champions of Heartland City.

As Yuma cooperates with Astral and helps him recover his "Numbers" cards, Yuma learns the truths that connects him to his destiny through his beloved father, Kazuma Tsukumo, and becomes an important participant in the Interdimensional War between Astral World and Barian World.

Yuma is a hasty, energetic and cheerful boy who likes to challenge himself to do anything that seems impossible, which he normally fails at. Undaunted by his failures, he states that doing these challenges gets him fired up and will eventually accomplish what he sets out to do. He calls this challenge his "kattobingu" spirit ("feeling the flow" in the dub), which his father taught him. Even Yuma would sometimes doubt himself when depressed, yet he'd still go through with his trials, such when he had shown up for his Duel with Reginald Kastle. Yuma told Astral it was because of his promise to his father is the reason he doesn't do things halfway, believing it was like "betraying" his father if he did so.

Yuma greatly loves his parents and treasures the key they gave him, shown when he was depressed when Shark broke it and nearly had a panic attack when he lost it, but really just ran out the house without it. In his house, Yuma sleeps in the treasury attic full with memories and artifacts of his parents' adventures and trips instead of his own bedroom. He looks up to his father and carries on his challenging, never-give-up spirit and catchphrase "kattobingu". It was said that Yuma picked up his personality from his father's spirit and his mother's affection. While he tries to hide it, Yuma quite sensitive on the subject of parents and misses them. Astral says that deep in Yuma's heart, he struggles with the sadness of losing his parents and tries to live up to their teachings. Many have pointed out how similar Yuma is to his father, Charlie McCay told Kari how Yuma had inherited his father's "kattobingu" spirit, and Vetrix and Quinton commented how Yuma and Kazuma shared the same beliefs in bonds and friendship.

Dr. Faker has also noted how much Yuma is similar to Kazuma, especially when Yuma assisted Kite Tenjo in trying to rescue him.

Forthright and honest, Yuma is shown to assist others if they are in trouble, despite their protests, as he challenged Shark to reclaim Bronk Stone's Deck. Yuma even challenged Nistro and Dextra to a Duel in order to defend Flip Turner (who cheated other participants), whose punishment is having his Deck confiscated and Nistro planning to physically punish him. Yuma believes Duelists cannot be bad people and believes a Duel to be a clash of souls. Yuma's good-nature appears to make him naive as he believed that Flip Turner really had good intentions, even after his friends had warned him he was a swindler from the start. Even after Vector exploited Yuma's trusting disposition, Yuma resolved that he would not allow this deceit to color his perspective and doubt everyone he meets.

Due to his short-temper and stubbornness, Yuma is easily annoyed, and frequently clashes with Astral. Yuma tends to disobey Astral's instructions when they Duel, which leads to him making mistakes. He only starts obeying when he is about to lose, as he believes the Duels are his and listening to him would mean he needed help to win. As the series progresses, Yuma and Astral start working together, mostly after he called Astral his friend. Although, Yuma still gets upset sometimes when Astral tried to instructed him, and tell him to stay out of his Duel because he has his own "plans". Impetuous and clumsy, Yuma also appears to have a habit of forgetting important things such as the Emperor's Key on his way to school, officially registering for the World Duel Carnival, his invitation to the finals party, and even his Heart Pieces on the day of the finals. Yuma would sometimes even fail to execute any high jumps or dynamics, causing him to trip over his feet. Also, when Yuma is too absorbed in his own mind, he forgets about other actions he did or is performing.Such actions usually make his friends and others regard Yuma as an "idiot", much to the latter's annoyance.

Yuma wants to be a Duel Champion, but tends to sleep and slack off at school, and doesn't generally use strategies during Duels. Unlike Yugi Muto, Jaden Yuki, and Yusei Fudo, he was an amateur knowing only the basics, but as the series goes on, Yuma's Dueling abilities are starting to increase. He can Duel opponents like Cathy and Lilly without Astral telling him what to do (though this only happens when he Duels seriously, seeing how he is still defeated with ease in friendly Duels), but he still relies on him to help him out at difficult times. Yuma's skills have improved greatly enough that he was able to hold his own against both Dextra and Nistro until Astral came back to execute the final winning move. Having been tutored by Astral, his skills have grown even more during his one-on-one Duel with Trey. Eventually, Yuma is able to Duel on equal standing against Shark in their third rematch with little to zero advice from Astral. He is able to Duel on equal terms with Kite during their rematch. He is able to Duel on comparable level with people under control by Barian World on his own and even impressing Girag.

He also Dueled with the Barian, Alito, on equal standing without any advice from Astral. While Astral was incapacitated after the forced cancellation of Dark Zexal, Yuma was able to narrowly survive Vector's turn in a situation where all he had was Number 39: Utopia, and a number of monsters in the Graveyard. During that turn he remained calm and focused, to the point where he remembered that he needed to forcibly send the card he needed from his Deck to the Graveyard in order to make use of it. During his mission to save Astral, when he confronted the will of Astral World, Eliphas, and his Double-Rank Up monsters and multiple Shining Draws, through using "Rainbow Kuriboh", gaining the ability to perform his own Shining Draw to create "Rank-Down-Magic Numeron Force" and "Number 39: Utopia Roots", managed to turn his Double Rank-Up strategy against him and emerged victorious. Finally, when Yuma faced off against Astral in their final Duel after gaining all the "Numbers", his full powers and memories, which included all six forms of "Utopia" and "Number 99: Utopic Dragon", through his own non-"Number" deck, the power of his own Shining Draw and "Number F0: Utopic Future", claimed victory and proven himself a top Duelist in his own right.

Yuma seems to have a positive effect on the people he Duels, Mr. Kay claimed that Yuma has a "sun-like" power and that people who have contact with Yuma has their hearts "illuminated" without noticing and usually restoring something they lost in their heart. After his Duel with Shark, he stopped stealing others Decks and the two eventually became friends. After defeating Flip, he gave up his conniving ways and became an honest person. After defeating Nelson Andrews, he helped him repair his relationship with his mother and become his own person instead of living in the shadow of his ESPer Sparrow persona. After defeating Cathy Katherine, she began to gain more confidence and started hanging out more with Yuma and his friends instead of always hiding from others. After defeating Kaze, he was able to let go of his anger after being stopped by Yuma from slashing a statue and started studying again under his former teacher. The Barian, Alito, considers him a worthy opponent and establishes rapport with him after being defeated. 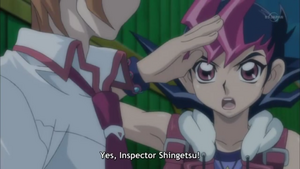 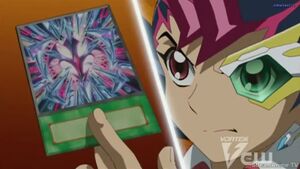 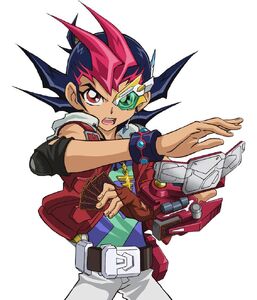 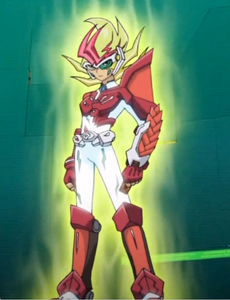 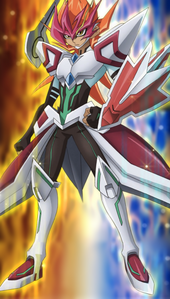 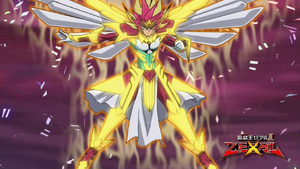