Yuna Kamihara (加美原 ユウナ) is a young 10-year-old (11 to 12-year-old in Stitch! ~Zutto Saiko no Tomodachi~) 4th grade elementary school student, and a tomboy who lives on a fictional island off the shore of Okinawa in the Ryukyus called Izayoi Island. She is the deuteragonist of the Disney series and anime Stitch!. Living on Izayoi Island, she learns and studies karate, having learned it from her grandpa and being the sensei of her island's dojo as a blackbelt. Her grandpa also did the honor of giving her a special type of starsand (a known charm in Okinawan culture), as a good luck charm in her study of karate before he left. Yuna lives a rather normal cherished life with her grandma, Obaa.

She is voiced by Motoko Kumai, best known as Syaoran Li, Dokamon in Japanese, and by Eden Riegel who also voices Kiara in English. She is Hiroman's love interest.

She is one of Stitch's best friends and his caretaker after Stitch runs off to Izayoi Island on Stitch!. After a few shenanigans, the two became best friends with a pinky swear. Yuna's personality comes off as kind, polite and sweet at first; but she can turn feisty, defensive and angry if she spots something she doesn't like, like evil, bullying, crime or the like. She also can be very confident and overbearing at times, often taking charge into situations when needed, and acting without thinking. With her being a blackbelt, she uses her karate skills as a way to help her loved ones, not hurt them; and will use her karate skills to fight and defend herself and others. Yuna also has a playful yet competitive side to her personality, often playfighting or competing with her friends, Stitch included; usually just for fun, but it can go beyond if she's devoted enough. She also has an attitude that shows quite often too, often shown through jealousy or wit.

However, despite her personality, she does have a limit to her emotional side, and while she does keep her emotions to herself (in a way not to let anyone worry), she can break down or act up if enough pressure is on her, coming between either yelling or acting out of anger, or crying and resenting when frustrated or in despair. But with help from her friends and Stitch, she often gets better. She, like Jessica, has a crush on Hiroman, however she is not as lovestruck as Jessica is. 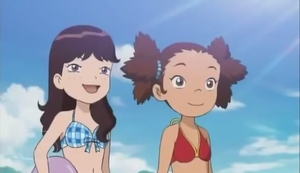 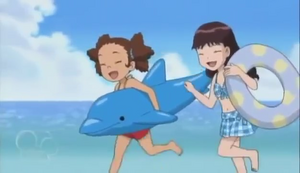 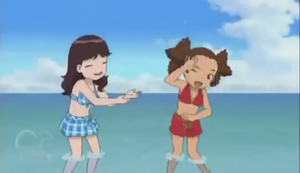 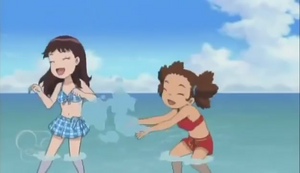