Heroes Wiki
Register
Don't have an account?
Sign In
Advertisement
in: Mature, Call of Duty Heroes, Military,
and 31 more

Aid the Ultranationalists and the Inner Circle (formerly).

Stop the Inner Circle.
Save the Russian President (all succeeded).
Get revenge on Vladimir Makarov for betraying him (succeeded posthumously; via Captain Price).

Yuri was an ex-Spetsnaz operative who served in Nikolai's Loyalist Army, and was considered to be Nikolai's best man. He played an important role during the Ultranationalist crisis before, during, and after the Third World War, and was a member himself. He was in Pripyat when Imran Zakhaev was shot by Captain John Price (who was a lieutenant), and was in the car with Makarov when they drove him away. In Modern Warfare Remastered, he can be briefly seen via Captain Price's scope and when Zakhaev goes to his and Makarov's vehicle.

After witnessing the deaths of thousands by Vladimir Makarov and Khaled Al-Asad setting off a bomb in the Middle East, Yuri realized that his friend was the enemy. He betrayed Makarov after he contacted FSB to stop Makarov, but was captured by the latter before the massacre at the Russian airport. Makarov then shot him in the stomach but he survived, and attempted to kill Makarov, but fell unconscious and was later rescued by a paramedic.

Afterward, Yuri joined the Loyalists, and became one of Nikolai's best soldiers, and was known for having a hatred for Makarov. He later joined Captain Price in taking down Makarov, being aided alongside Captain "Soap" MacTavish until his death in "Blood Brothers". Yuri and Price would later go to Makarov's castle to learn where the Russian President, being successful. Later, he would help Delta Force team Metal to rescue the Russian President, but the delta force operatives would perish.

After ending the Third World War, Price and Yuri then stormed a hotel (which Price deduced as being where Makarov was hiding) and was eventually impaled by a piece of steel after the restaurant deck of the hotel was destroyed an attack chopper. Yuri then told Price to continue after Makarov. Price hijacks Makarov's chopper, only for it to crash and allow Makarov to gain the upper hand.

Just as he was about to kill Price, Yuri appeared and shot Makarov but due to Yuri's weakened state he missed. Makarov turning on Yuri, shooting both of his shoulders and killing him with a shot to the head, but Yuri's efforts bought Price enough time to kill the terrorist once and for all. 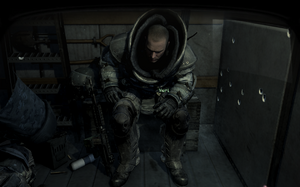 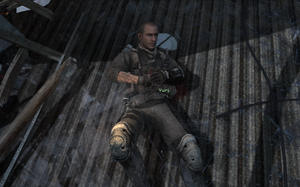 Yuri impaled by a rod. 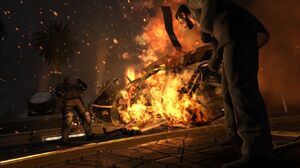 Yuri's death in "Dust to Dust". 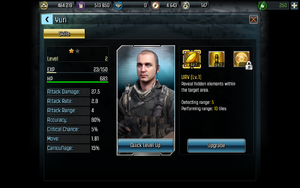 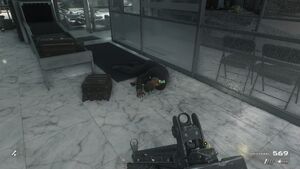