Yuri Sakazaki is one of the main protagonists along with her brother Ryo, in the series Art Of Fighting.

She later started to make regular appearances in the King Of Fighters series.

As a child, Takuma dedicated more time training Ryo to be next family heir rather than raising Yuri. When she was six years old, her mother died in a tragic car accident. Sensing his family was being targeted, their father leaves in order to protect them. With the loss of both parents, she becomes fearful and heavily dependent on Ryo for the rest of their childhood. When she first meets Robert, she does not trust him but eventually warms up to him.

When she was 17, Yuri was kidnapped by Mr. Big on behalf of Geese Howard as part of a ploy to blackmail her father. Ryo and Robert search Southtown to find her whereabouts and rescue her. While held hostage, she finds out the identity of Mr. Karate. When Ryo defeats her captors, she reveals it to her brother and the family is reunited.

In order to protect herself in the future, Takuma teaches her how to fight much to Ryo and Robert's chagrin. He trained Yuri in secret, but only taught her enough to defend herself.

She becomes worried about Robert when he doesn't appear for their date before Art Of Fighting 3. Setting out with her brother, they search for him in Glasshill. During their trip, she is wounded by Sinclair and briefly hospitalized. If the player plays through Robert's story, a strained Yuri appears to assist his plight against Wyler. She is healthy enough to leave with Robert by the end of the game's events. 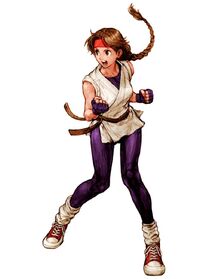 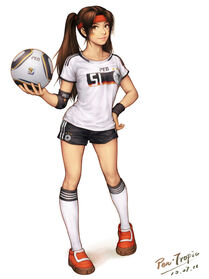 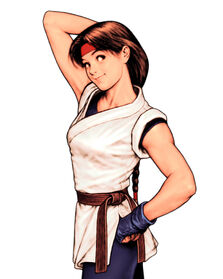 Yuri Capcom vs SNK render
Add a photo to this gallery
Retrieved from "https://hero.fandom.com/wiki/Yuri_Sakazaki?oldid=809301"
Community content is available under CC-BY-SA unless otherwise noted.