To become recognized and remembered

Yuto Kamishiro (神代 優兎 Kamishiro Yūto), is a major supporting character featured in Danganronpa/Zero, with the talent of Ultimate Secret Agent (超高校級の「諜報員」chō kōkō kyū no “chōhōin”).  He's an investigator that joins forces with the protagonist, Ryoko Otonashi, to solve happenings, and doesn't back down until the end.

Yuto, despite being a young adult nearing his twenties, has a very childlike body and frame. His face is very round and simplistic, and within the narrative, is described as very 'forgettable'. This forgettable quality is near-supernatural in factor, and applies to his self as a whole, making his presence near-forgotten and ignored by anyone that meets him if he doesn't actively assert himself, and sometimes even that fails. This is the main factor that lets him be the Ultimate Spy.

He wears a brown suit and matching pants, looped with a belt. The suit is lapeled with yellow buttons, and underneath is a white dress shirt. His shoes complement said shirt, and his socks are low-cut enough to not be seen when his pants reveal his ankles.

In contrast to his appearance, Yuto has a very embolded personality. His acts can be compared to that of a prototypical film's idea of a spy or secret agent- he believes and carries himself as suave and savvy, constantly seeking to womanize and flirt with girls, as well as having world-changing ambitions.

Underneath, though, motivated as he may be by more particular factors, Yuto merely longs to be recognized. 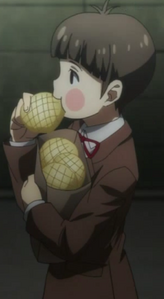 Yuto cameos in the background of a scene in Danganronpa 3: The End of Hope's Peak Academy (Despair Side), walking by with his signature bread addiction. 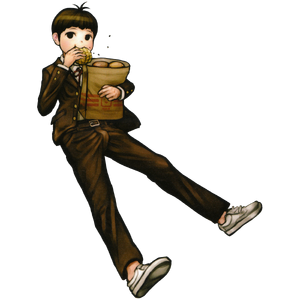 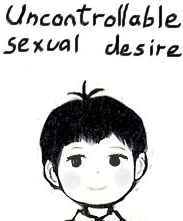