Yūdachi (夕立 ”Evening Squall”?) was the fourth of ten Shiratsuyu-class destroyers, built for the Imperial Japanese Navy under the "Circle One" Program (Maru Ichi Keikaku).

She was voiced by Yumi Tanibe in the Japanese version, and by Leah Clark in the English version.

Yuudachi wears a black serafuku shared with the first four ship girls of her class. She has straight long blonde hair with a hair ribbon on top as well as green eyes.

Yuudachi's second remodel reflects her accomplishment in the Guadalcanal Campaign, where she assisted in sinking two destroyers and later damaged a cruiser before being sunk herself, earning her the title 'Nightmare of Solomon'.

In-game, her hair becomes messy with an added hairclip and gains a reddish tint, her eyes are now red and her clothes become more ornate. Furthermore, she has the potential to outgun most of the Heavy Cruisers. Her artist tweeted that the "flaps" on her hair was to reflect her "ferocious hound (狂犬)"-like history during her final battle. Compare with Shigure.

She is a childish Genki Girl with peculiar speech. Yuudachi appears in the anime adaption of Kantai Collection as a part of Torpedo Squad 3, alongside the Sendai sisters and Mutsuki. She helps welcome Fubuki to shared quarters with Mutsuki. 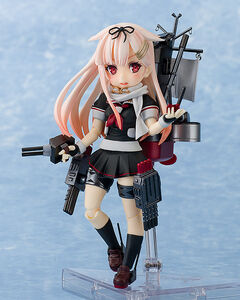 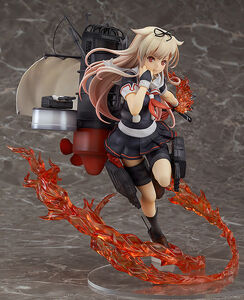 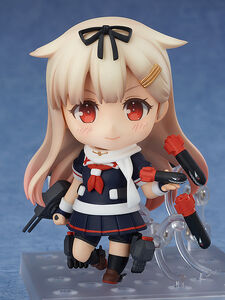 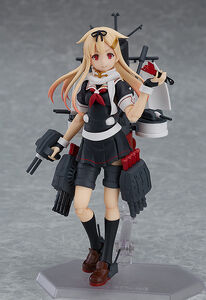 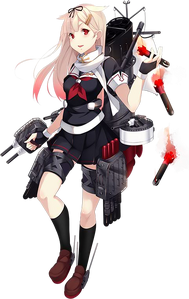 Yūdachi Kai Ni, Yūdachi's form after she got her second upgrade.
Add a photo to this gallery

Retrieved from "https://hero.fandom.com/wiki/Yuudachi?oldid=2310420"
Community content is available under CC-BY-SA unless otherwise noted.