Hanging out with Ren and Ryuji

Yuuki Mishima is a supporting protagonist in the video game Persona 5. He is a second-year student at Shujin Academy and the creator and administrator of the Phantom Aficionado Website, as well as the one who started it. He is in the same class as Ren Amamiya and Ann Takamaki, and knows that the former is a Phantom Thief. He gives Ren information on targets in Mementos throughout the game, and serves as the Confidant for the Moon Arcana.

He is voiced by Daisuke Sakiguchi in the Japanese version and Sean Chiplock in the English version, the former of whom also voices Kaoru Yamazaki.

Mishima is likely of average height or shorter, with spiky blue-tinted black hair, black eyes and a relatively "average" face. He is designed to look absolutely ordinary to represent all fans of the Phantom Thieves, as well as the players; otherwise, people might think only a certain type of person supports the main cast.

Mishima generally wears Shujin Academy's standard winter uniform sans the blazer and with the shirt untucked, sleeves rolled up to his elbows and suspenders off his shoulders. He also wears white tennis shoes with green accents. In the summer, Mishima again wears the standard uniform with the suspenders off. In casual settings he dons a long-sleeve shirt with green sleeves; a volleyball image sits in the middle with the words "BOYS' FIGHT" encircling it. He pairs this with tan cargo pants and blue sneakers.

At the beginning of the game, Mishima's face was fairly injured and his left arm was wrapped in bandages due to being constantly abused by Kamoshida.

Bullied, abused and ignored, Mishima is an isolated individual who craves freedom from his day-to-day tortures. Initially nervous and scared, once given a listening ear and a bit of support his excitable and loyal nature undoubtedly shines through. While his enthusiasm can become annoying, at times Mishima will still be hesitant and respectful, often apologizing for texting when he is sure the protagonist is busy. Mishima idolizes the protagonist as a cool superhero (likely viewing the protagonist as his "savior" from his abuse under Kamoshida). There are times when Mishima will cling to the protagonist, once saying he will never forgive the protagonist if he is left behind. This clinginess and other socially awkward behaviors is likely due to his past of social isolation as a victim of bullying.

Although he looks up to the Phantom Thieves, he feels envious that he himself could never make an impact upon the world as they do. Mishima has always wanted to change himself and help others, but has internalized past taunts as a "nobody" and thus considers himself too pathetic and weak to do anything. These negative feelings do eventually become the driving force behind his actions, an attempt to redefine his place in the world manifesting as a need to be famous and a desire for revenge towards his bullies; however, Mishima is also willing to face his mistakes and change once he is finally given proper support.

Mishima seems to be rather perceptive. He quickly realizes that the protagonist is a member of the Phantom Thieves; additionally, he can both sense and articulate the mood of Tokyo's population before the other Phantom Thieves can as reflected in his poll questions. Mishima may be fairly intelligent as well, as he clearly knows how to build and maintain a website and has shown that he enjoys looking up and memorizing facts. 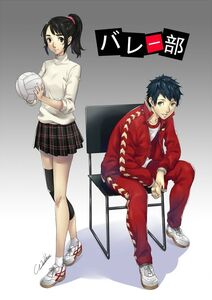 Retrieved from "https://hero.fandom.com/wiki/Yuuki_Mishima?oldid=2196442"
Community content is available under CC-BY-SA unless otherwise noted.