Ghostly Girl in the Netherworld Tower

Yuyuko Saigyouji is a character from Touhou Project who debuted as the final boss of Perfect Cherry Blossom. She is the ghost princess of Hakugyokurou, the netherworld of the "formerly-living", but was once a living human. Long ago, after her death from suicide, her body was used to place a seal on the Saigyou Ayakashi, a dangerous youkai cherry tree, to stop it from killing innocent humans. She has the power to invite mortal souls to death, and those souls who perish this way wind up in Hakugyokurou rather than Heaven or Hell. Though it might seem dangerous for such a whimsical, seemingly impulsive personality to wield such a terrible power, Yuyuko appears to have a strong sense of responsibility regarding her power, and never uses it recklessly or out of spite, nor does she use it as a weapon. Ironically, it was this power that drove her to kill herself in the first place. Humans fear Yuyuko because of her fearsome power and a general fear of the supernatural, but she is very cheerful and friendly. Unlike many ghosts, she resembles a living human, and her playful, good-humored personality, otherworldly beauty, and courtesan charm can have a disarming effect. She often makes bizarre and apparently nonsensical remarks and sometimes seems to overlook the obvious, leading to her characterization as an airhead or a ditz. However, at other times, she will reveal an extremely cunning and perceptive side and will also sometimes display an extraordinary level of knowledge. She seems to never take anything too seriously, though, and she loves to tease her straight-laced and eager-to-please assistant, Youmu, who is her opposite in many ways. Probably originating from the term "hungry ghost", she is also known for her incredible appetite and seems to have a food-related metaphor for any situation. Yuyuko is truly "dead and loving it."

During the events of Perfect Cherry Blossom, she enlisted Youmu to find a way to make the tree bloom to resurrect the corpse buried beneath it, apparently unaware that it was her own body. Forced to abandon her plan, as it would only result in her own destruction and the unleashing of the Saigyou Ayakashi's terror once again, she resigned herself to continuing her previous existence.

During Ten Desires, the heroine investigates in Hakugyokurou because they suspect that Yuyuko is not taking care of the spirits properly. But Yuyuko guides the heroine to the Graveyard behind the Myouren Temple. 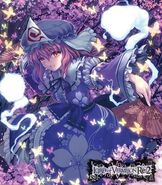 Lord of Vermilion Re:2 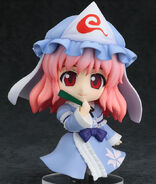 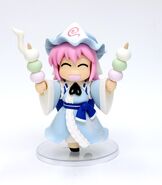 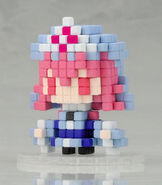 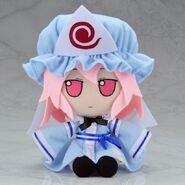