ZIG is a protagonist star fighter in the original Japanese shoot em' up game called Zero Wing. It was operated by an unknown pilot and has several ways to attack:

All Your Base are Belong to Us

The ZIG units are famous for the cutscene that they appeared in, and is used often on the Internet, though has slowed down over time. The likely explanation for this terribly translated cut scene is that Zero Wing was being rushed to be released in Europe, and the task fell to an inexperienced native Japanese speaker rather than a professional translator. Due to this, the quality of the scene fell, and things that you would think could be fixed were left in a very broken up English.

The famous (or infamous) dialog of the "All Your Base" scene is below, along with a more grammatically correct translation.

MECHANIC: SOMEBODY SET UP US THE BOMB.

OPERATOR: WE GET SIGNAL.

CATS: HOW ARE YOU GENTLEMEN !!

CATS: ALL YOUR BASE ARE BELONG TO US.

CATS: YOU ARE ON THE WAY TO DESTRUCTION.

CAPTAIN: WHAT YOU SAY !!

CATS: YOU HAVE NO CHANCE TO SURVIVE MAKE YOUR TIME.

CAPTAIN: TAKE OFF EVERY 'ZIG'!!

CAPTAIN: YOU KNOW WHAT YOU DOING.

What they should have done:

Captain: What on Earth is happening?

Engineer: Somebody must have planted an explosive device!

CATS: As courtesy of the federation, your base now belongs to CATS.

CATS: Your ship, too, shall soon meet its end.

CATS: We are so thankful for your cooperation.

CATS: I do hope you cherish whatever fleeting moments you have left.

Captain: I order the ZIG fighter to launch!

Captain: We have no choice but to entrust to you...

Captain: We are counting on you, ZIG!

In the original Arcade version, CATS is never defeated, fleeing from his battleship in a escape pod only to be pursued by the ZIG, which starts the next loop of the game. The game explains it with a badly translated text:

ALL BASES OF CATS WERE

IT SEEMS TO BE PEACEFUL.

BUT IT IS INCORRECT.

AND DOWN WITH THEM

What they should have done:

All of CATS's bases have

There now seems to be peace,

but that is not true.

against CATS once again. 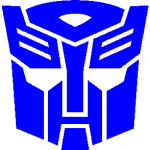