Heroes Wiki
Register
Don't have an account?
Sign In
Advertisement
in: Heroic Monsters, Mutants, League of Legends Heroes,
and 23 more

Protect the innocents in need.

Help rebuild the broken infrastructure of Zaun (both ongoing).

Zaun Amorphous Combatant (better known as simply Zac) is a heroic playable character in the action-roleplaying video game League of Legends. He is a mass of sentient toxic waste who now dedicates himself to serving as a protector of the innocents in need.

Zac is an enormous blob of green slime who, due to his amorphous body, has no defining shape or size. However, he's commonly seen in one of two forms, either a simple blob or a humanoid monster. Regardless of which form he takes, he still has the feature of bearing a pair of yellow eyes and a mouth in the shape of multiple sharp teeth.

In spite of his enormous size and large amount of power at his disposal, Zac is actually very friendly and affable. He cares greatly for others and is a self proclaimed "protector of the innocence". He also has a great love for sweets, claiming to have stolen some from his "parents" in the lab. 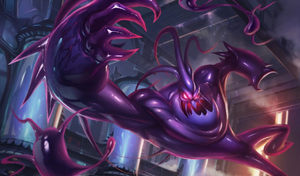 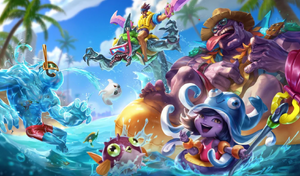 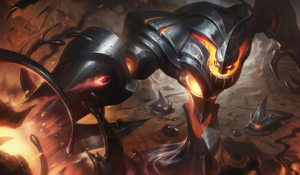