To protect Angel Grove from evil threats and supervillains.

Zachary "Zack" Taylor is one of the main protagonists in the TV series Mighty Morphin Power Rangers. He is the original Black Power Ranger of the first generation of Power Rangers who is played by actor Walter Emanuel Jones. He is also the original team's second-in-command.

He is portrayed by Walter Jones in the original franchise, and by Ludi Lin in the 2017 re-imagining Power Rangers Film.

Zack and his close friends Kimberly Hart, Jason Lee Scott, Billy Cranston and Trini Kwan were picked as the five original Power Rangers by the wise sage Zordon to defend Earth from the evil sorceress Rita Repulsa. Zack was chosen as the Black Power Ranger, gaining the Mastodon Power Coin and the Mastodon Dinozord.

Quick-witted and clever, Zack relies on a combination of skill, strength, and agility to win his battles. The original Black Ranger is an energetic, charismatic, and fun-loving young man. He enjoys athletics (such as basketball, American football, and scuba diving), dancing (especially to a fresh beat bumping out his friend's boombox), parties, and girls. Whenever he didn't have an arm around Trini or Kimberly, Zack could be found pursuing his attractive, but hard-to-get classmate, Angela. Zack always loved a good joke. Though he loved all the people close to him, Zack's best friend was clearly Jason. Zack is extremely confident and positive. Only four occasions saw Zack ready to give it up: when the Green Ranger took out Zordon, Alpha 5 and the Command Center while removing the Rangers from the Megazord; when his team was placed under a spell to take away their confidence; and when their Dinozords were commandeered by Lord Zedd's first monster, Pirantishead. But the first occasion happened very early in the series when his friends pretended to have forgotten his birthday. Zack went off into a secluded area, and into a trap by Rita Repulsa. For some time, he had to fight the powerful Knasty Knight alone. Oddly enough, despite his plentiful confidence, Zack is an extreme ophidiophobe, arachnophobe, and entomophobe meaning he is terrified of snakes, spiders, and insects although, on one occasion when performing magic for a group of children seeking shelter from a monster attack, he handled two fake snakes and used them to scare off Bulk and Skull. Because of this, it can be assumed that Zack's fear of snakes deteriorated over time, especially after an encounter on Rita's Island of Illusion where his strength of will was tested against his fear of snakes.

Zack enjoyed martial arts just as much as he did dancing and, as a result, created his own fighting style, called Hip Hop kido. The customized art consisted of dance-like maneuvers flourished with fast and powerful strikes, much like Capoeira or as seen by actor Daniel O' Neill in Bangkok Adrenaline. This effective combination of power and prowess made Zack an incredibly formidable combatant. However, he would sometimes tone down his style and mimic the attacks of Billy to simultaneously strike opponents. He was also very resourceful. On several occasions, it was his cunning that led his team to victory. Such occasions included his discovery of the means to overcome the Knasty Knight who was sent to isolate and destroy him on his birthday- the monster possessed the ability to redistribute the Ranger's force in order to fry the weapons they used against him. When the storm-bringing chimera monster Goatan froze the Megazord, Zack analyzed what little resources the Megazord had left and used it to regain dominance in the battle.

After Tommy Oliver joined the team, he and Zack quickly became close friends as a result of their similar interests. When Tommy was nervous about trying to engage a romantic relationship with Kimberly, it was Zack who Tommy sought for advise. Before Tommy appeared (or if Tommy is not at the Youth Center) Zack is usually Jason's sparring partner when practicing Karate. Tommy and Zack would also act as sparring partners for each other, as well. Though Jason was the Ranger Tommy selected to take on his Green Ranger powers after Rita eliminated Tommy's link to the Morphing Grid, Zack is the only other individual to don the Dragon Shield when Tommy gave it to him so that it's enhanced regenerative powers could heal Zack from the Oysterizer monster's acidic attack.

In the Season 2 episode "Green No More, Part 1", Zack's cousin Curtis was introduced, who would have a small recurring role throughout the middle of the season. Curtis was very similar to Zack due to their similar interests in dance and music, as well as their smooth-talking speech pattern. He also formed a friendship with Trini's crush Richie. The two once even managed to fight off a group of Putties while they were skating.When Walter Jones (Zack), Austin St. John (Jason), and Thuy Trang (Trini) left the show (over contract disputes), their characters stopped making new on-screen or face-to-camera shots before they were written off in the two-part "Power Transfer" episode in which their characters were chosen to attend the World Peace Conference. Zack's powers were transferred to Adam Park. It was never stated what became of Trini and Zack (except Jason whot returned in Zeo) after the peace conference.

Zack and the other Mighty Morphin Power Rangers returned, his powers somehow restored, as part of the army of Legendary Rangers led by Tommy that helped the Mega Rangers defeat the Armada once and for all, fighting in a huge battle against hundreds of X Borgs and dozens of Bruisers. 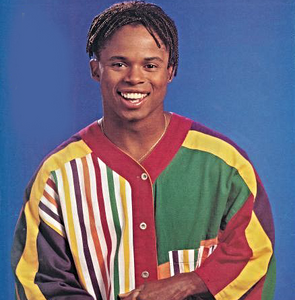 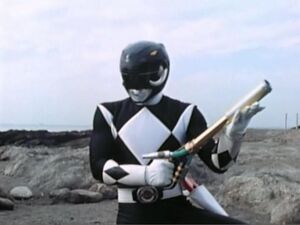 Zack Taylor with extinguisher in Putty on the Brain. 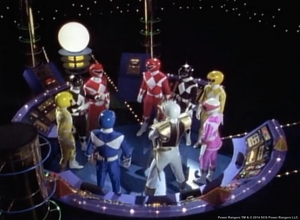 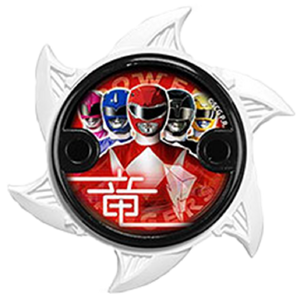 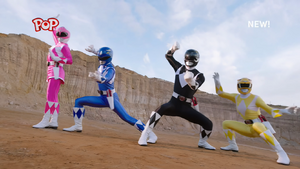