Zafina is a character in Tekken 6. She aided to help Lars Alexandersson and Raven on their quest to find out the cause of World Destruction, which was caused by a Legendary demon, Azazel.

She was voiced by Lisle Wilkerson.

Zafina was born somewhere in the Middle East to a group of spiritual warriors with an ancient past and as such, she possesses great spiritual abilities of her own.

Since childhood, Zafina was raised to be a protector of an imperial tomb. Several years ago, a foreign army attacked the imperial tomb she and her group were protecting and Zafina single handedly wiped every single one of them out. Since then, the group’s guru appointed her to be its sole protector.

In her public life, she uses her spiritual powers as an astrologist but recently she can only see evil omens, and her premonitions grow more and more intense day by day. Seeking to understand the meaning behind all of this, Zafina sought the advice of her guru, and he began to tell her an ancient prophecy passed down from generation to generation only to a select few. According to the prophecy, when two evil stars (Kazuya Mishima and Jin Kazama) come into contact, the seal of the tomb will be broken. The one captive will come out and the world will inevitably reach its end. Zafina considered both the meaning behind the guru’s tale and her own dire premonitions.

She follows rebel leader Lars Alexandersson all throughout the campaign, just like the secret agent Raven. She talks to Wang about putting faith in Lars regarding his ability to stop the war and later follows Lars and watches him leave the container terminal. She later confronts Jin at the imperial tomb and she tells him her premonitions and warns him about his warring as well (however, she was unaware of Jin's knowledge about Azazel). Sometime later, her village is attacked by Tekken Force soldiers. Lars and Raven arrive and helps her defeat hordes of soldiers and she provided vital information about Azazel and about Jin's plans. 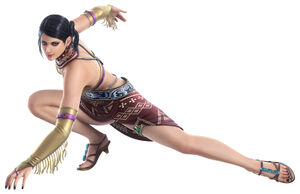 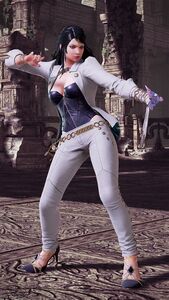 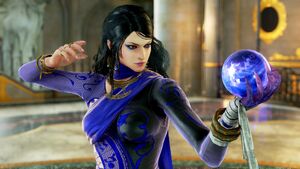 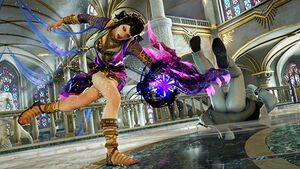 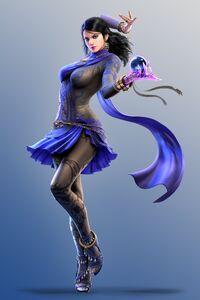