Students at the School in the Sky

Zak: To avoid getting into trouble.

Wheezie: To have fun.

Each other (twin brother and sister)

Zak and Wheezie are two dragon siblings who appear in the animated TV series Dragon Tales. They are (nearly) always not without the other. They are a two-headed green and purple dragon who are conjoined twins. They are polar opposites of each other and live in a geyser-shaped home known as a knuckerhole. They are unarguably the most iconic character(s) the series.

They are voiced by Jason Michas and Kathleen Barr respectively.

In the Japanese dub from the series, they are voiced by Daisuke Sakaguchi and Sayuri Ikemoto.

Zak is a green dragon with purple spots and blue spikes.  He has purple eyes and wears a dragon badge that resembles an eighth note.

Wheezie is a purple dragon with green spots and pink spikes.  She has green eyes with visible eyelashes and wears a dragon badge that resembles a double eighth note.

Zak is very serious and easy-going, but often gets annoyed very easily. He tends to be the most reluctant member out of all his friends, mainly because he is very cautious about the activities he does with them, especially those proposed by his sister.

Unlike his sister, Zak is notably more thoughtful, but also very pessimistic about the problems he faces throughout his encounters. He often goes as far as suggesting he and his friends are doomed in many of the situations they encounter in their adventures. However, when his sister loses hope, he tries to cheer her up by expressing that he will not stop until he has retrieved whatever his sister has lost, whether likes it or not.

As demonstrated many times in the series, Zak tends to be a neat freak and often complains about how sloppy Wheezie is. Zak tries to act like a genius in front of his friends, however many of his suggestions are often turned down in favor of his sister's. Because of this, they often argue a lot throughout the series.

Despite being the polar opposite of his sister, he shares a liking in music with her.  Whenever he cooperates with his sister, their dragon badges will glow simultaneously. His badge may also glow independently should he accomplish a daunting task that proved to be a challenge for him.

Wheezie is known to be the complete opposite of her brother, being that she is very hyper and playful. She has a tendency to be very loud, something that occasionally hinders any conflicts she gets involved with. She is also notably slow-witted most of the time. Despite her lack of intelligence, she is very optimistic, and always motivates the others that there is a solution to the many problems they encounter. She tends to also be much braver than her brother as well in the adventures she and her friends go on.

Unlike her brother Zak, who is a neatfreak, Wheezie is known to be a slob, as evidenced by the fact that her side of her room is very messy.

Whenever she finds or watches something that she likes, she will often blurt out her catchphrase "LOVE IT!", sometimes accompanied by her iconic, snorting laugh.

Wheezie is perhaps the most iconic character of the series, often being one of the main suggesters to the activities her friends plan to do in the series. In many if the episodes centered around her, Wheezie is often determined to pertake in activities that she and her brother have never done before.

Much of the time, she argues with her brother throughout the series, but deep down, she truly loves and cares for him at heart. At times, she has lost hope in the problems she occassionally faces, such as when Zak cleaned her room and unintentionally threw out her valuables or when Mr. Pop stole her laugh. When this occurs, her brother would cheer her up.  Like her brother, she also has a liking in music.  When she accomplishes a feat with her brother's cooperation, both their dragon badges will glow. Hers will also occasionally glow independently should she accomplish something that proved to be a challenge for herself. 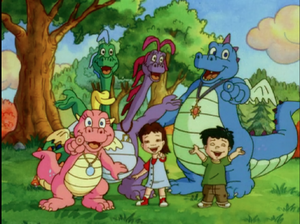 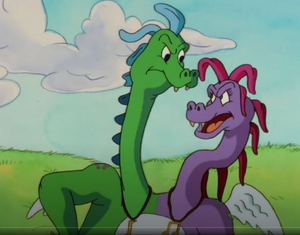 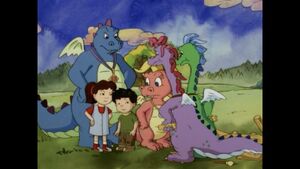 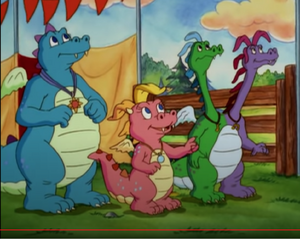 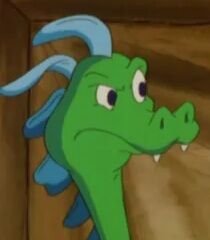 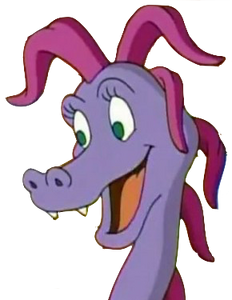 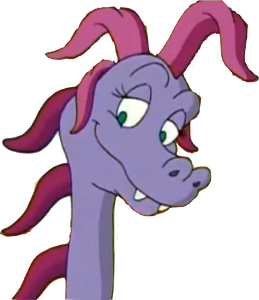 Zak is silmair to Bert from Sesame Street because they both like quiet and their room to be clean.

Wheezie is silmair to Ernie from Sesame Street because their both nosiy and messing their room up.