藤原ざくろ, Zakuro Fujiwara (Renée Roberts in the 4Kids dub) is a character in the manga and anime series Tokyo Mew Mew, and one of the main heroines of the story. She is the fifth of the Mew Mews to be introduced and her DNA is merged with a Grey Wolf.

She is voiced by Junko Noda and Momoka Ishii in the reboot in the Japanese version, and by Mollie Weaver in the English version.

Zakuro went to a prestigious school and was fully educated (she speaks English, Spanish, French, German, Chinese and Japanese in Tokyo Mew Mew). Much of her past is not mentioned in the manga, but is shown more in the anime, and it was mentioned in one episode, that she used to live in America, as she left 'home' two years before the series actually started. In Tokyo Mew Mew, someone close to Renée died shown in a flashback. She had to do everything for herself when her parents were busy. This could also hint the reason she has an antisocial type of personality. She is also a Christian.

Zakuro is the fifth Mew Mew to be introduced. She is the most solitary of the group and declines their invitation to join when they first meet her. Thanks to Kish's mischievous interventions, though, Mew Ichigo saves Zakuro and calls her a friend. After that, even though she "doesn't like friends", Zakuro joins the group. As with the others, she first appears at the endangered animal exhibit without being named.

Zakuro is the mature, older sister-like figure of the group, offering advice when required and often appearing to save the younger girls just in the nick of time. She forces Mint to realize that she has something to protect at one point. However, Zakuro is not perfect. At one point, when it was rumored that she was leaving Japan. Zakuro grew angry with the others for believing the rumor and acted as if she were leaving. She and Mew Mint ended up getting into a fight over it, but it came to a halt when Mew Ichigo yelled at Mew Zakuro for taking the ruse too far.

In her normal life, Zakuro is a famous model and actress. She can speak many languages and is idolized by many young girls, including Corina. Zakuro was left alone a lot as a child, and she lost someone very close to her at a young age. She visits the church at times when she is confused or anxious.

Zakuro tends to be a loner and initially refuses to join the other Mew Mews, but changes her mind after they come to her aid. She is presented as a mature character. She likes the Internet. Her favourite food is sushi and her favourite drink is milk. However, she dislikes the Japanese food natto, which is fermented soybeans. To Mint, she is an idol, Ichigo finds her as a big sister figure and thinks she stands out at parties and acts calm and cool in dire situations. To Pudding, she is just normal and does not stand out in the crowd.

Zakuro is a professional model and, as her biggest fan Mint effuses, she has "long, glossy, raven hair" with "dark, intelligent, yet sensitive eyes" and "long, strong and thin legs."

Zakuro's hair is dark purple and her eyes are dark blue. When they meet, she is always wearing a silver cross necklace.

Zakuro wears a magenta midriff top and short-shorts, with purple arm and left leg garters plus a purple wrist band and choker. She wears purple knee high boots. On her choker and arm and leg garters, there is pink lace lining. She gains wolf ears and a tail.

Her Mew Mark is two wolves around her navel.

She wears the same waitress uniform like Ichigo, Mint, Lettuce, and Pudding, with the exception of it being purple.

Zakuro initiates her transformation by kissing her pendant and shouting out her rank. As the transformation begins, she cradles the Mew pendant in her hands, gazing at it while her DNA begins to morph. Zakuro then lifts her hands into the air and a large sphere of flame appears. She twirls herself upward into the fire and her Mew uniform fades onto her body, animal appendages and all. Zakuro's body remains idle in the air with her arms still lifted and her body gracefully arched until the fire lashes out and explodes with a rose-shaped flame left behind her. The rose extinguishes as Zakuro leaps out of her position and lunges forward with a piercing glare. The transformation sequence is concluded with a final somersault into the night sky. She descends upon the ground with a crescent moon and a purple rosebush surrounding her as she strikes her final pose.

In her Mew form, Zakuro wears the color purple and gets Gray Wolf ears and tail. Her weapon is a whip, which is shaped like a cross in the original. In the dub, the cross is removed due to religious references. Her weapon in the original manga was unnamed but was called Zakuro Whip in episode 26 of the anime. Her attack is called Ribbon Zakuro Spear (mistranslated as Ribbon Zakuro's Pure) for several reasons. The word "pure" is simply represented in katakana 'pu-re' or even 'pu-ru' and is made up of 2 sounds in Japanese. It wouldn't occur to Japanese writers to make it "Zakuro's" because that is not how you designate possession in Japanese grammar. On the other hand, "spear" is more difficult to write phonetically in Japanese, as there is no "sp" sound. Instead it would have to be "su" the "pear" sound which is created because of this, so it makes the most sense that it is actually Ribbon Zakuro Spear. Her weapon in the 4Kids dub is called the Purple Dagger and her attack is unnamed. It has been proven that she is just as strong as Ichigo, as she is able to defeat Chimera Anima independently without the assistance of the other Mews or Ichigo's StrawBell Bell. 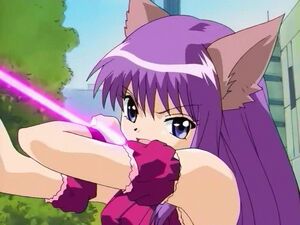 Zakuro as a grey wolf. 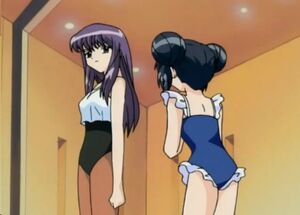 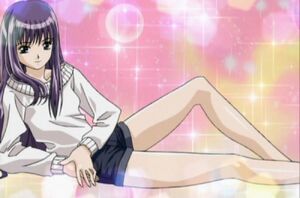 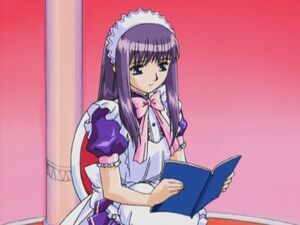 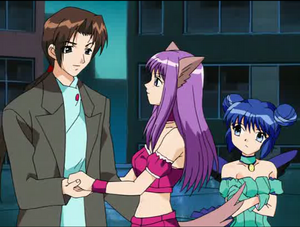 Zakuro is in love 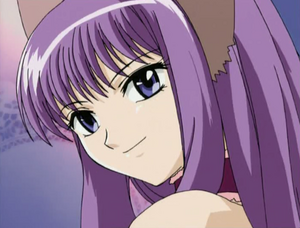 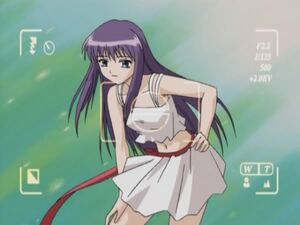 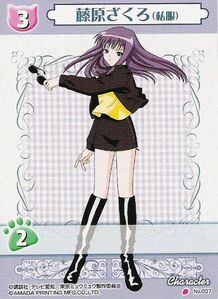 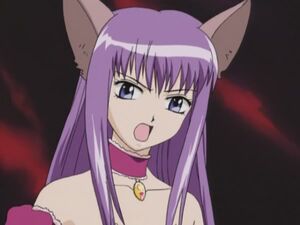 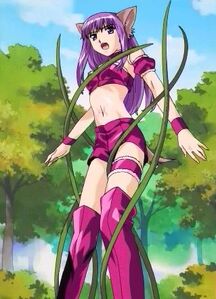 Zakuro is in trouble 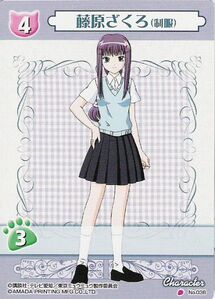 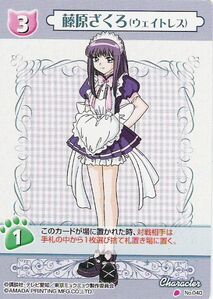 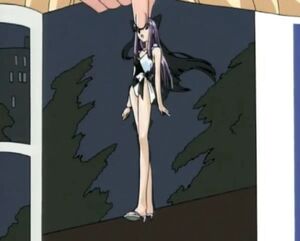 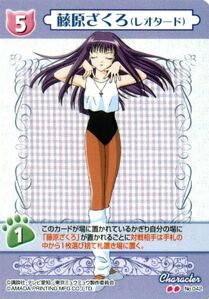 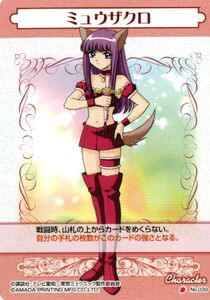 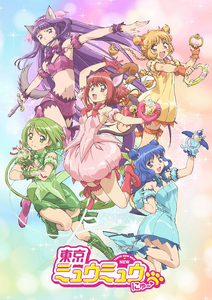 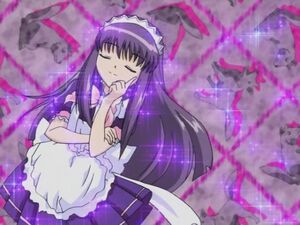 Zakuro in the opening.