Z
Detective Dunbar (by Cole)
Double Agent (by himself)

Loyal Friend
Zeke Jedediah Dunbar is one of the central characters of the first two games in the Infamous series, and has a cameo appearance in Infamous:  Second Son.  He's been the best friend of the main character Cole MacGrath since college, and would often act as not only moral support for the budding hero, but also technical support helping up understand more about his abilities, and, in Infamous 2, building the AMP to help him better harness his powers.

Zeke is a man of average hight and is heavy set, with tan skin, tattoes, sunglasses, brown hair with a mullet in the front, and a green coat covering a gray undershirt.

Zeke is usually lazy and selfish.  He'd prefer to take a nap or eat over concern himself with other people's problems any day.  However, he does truly care for his best friend, and is willing to stick his neck out to help Cole out and get him out of a pinch.  His selfish attitude and his desire for powers is due to a deep self loathing and longing to be more than he is, although the origin of this is unknown.  Despite this, he does feel remorse if he does something wrong.  After he betrayed Cole and took the Ray Sphere in Infamous 1 he felt deep regret, and spent the majority of Infamous 2 trying to get Cole to forgive him, which he eventually did.  He sees Cole as a brother, as the two have been together since college. In addition to all of that, since he's a single man, he constantly is looking for women to get with.  In Infamous 1 he tried to get together with the sister a guy named Dewight, but that failed becuase she already had a man, and in Infamous:  Festival of Blood he's telling stories about Cole to a woman at a bar with hopes of hooking up with her, but at the end of that DLC it's revealed that she's a vampire.  Zeke can also get angry too, shown any time during Infamous 2 when Cole is thinking about siding with Nix, or at the end of Infamous 2, if the player plays the game on evil, when Cole decides to side with The Beast, because that meant that not only would Zeke himself die, but so would the rest of humanity that don't have the Conduit Gene.

In Infamous:  Festival of Blood

Some time during his occupation in New Marais, Zeke was resting at a local bar while reading a comic book. While there, he encounters a woman named Cat who orders a beer. While trying to flirt with her, Zeke puts the tab on the Cat's beer on him. In an effort to impress her, Zeke tells a fictional vampire story wherein his best friend Cole was transformed into one by Bloody Mary and had to find a way to turn back before sunrise.

Between Infamous 1 and Infamous 2

In the seven years following Cole's death, Zeke met the brother of Sebastian Wolfe, Raymond. Together they started an underground resistance against the newly-formed Department of Unified Protection. At some point, Raymond came into contact with new Conduit Delsin Rowe, who stated Zeke wanted to talk with him. Zeke proceeded to talk to Delsin, telling him to be careful about the power building inside of him, comparing it to the juices of a "Conduit sandwich.", which greatly confused Delsin. He would also tell Delsin and tell him that Cole would be proud. 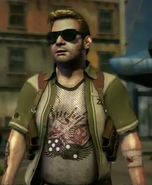 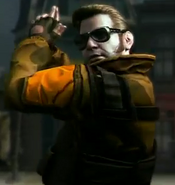 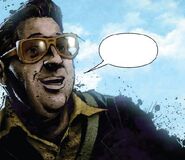 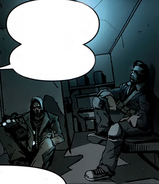 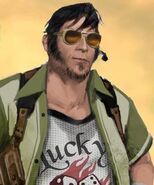 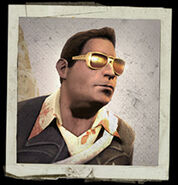 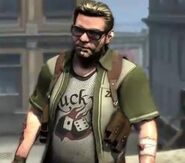 Retrieved from "https://hero.fandom.com/wiki/Zeke_Jedediah_Dunbar?oldid=1457796"
Community content is available under CC-BY-SA unless otherwise noted.