Help Rex to save Alrest.

Zeke von Genbu is one of the main characters of Xenoblade Chronicles 2. He is a Driver and is accompanied by his Blade, Pandoria. He is tall, has dark grey hair and green eyes, and wears an eyepatch over his left eye.

He was voiced by Kenjiro Tsuda in the Japanese version, and by Daniel Barker in the English version.

Originally Zeke was Crown Prince Ozychlyrus Brounev Tantal of the kingdom of Tantal. However, due to his ancestors claiming the throne illegitimately, the kingdom had isolated itself from the rest of Alrest. Zeke, unaware of this dark secret, set out to other kingdoms in an attempt to establish connections and bring Tantal back into the world. As a result he was disowned by his father and forced to leave the kingdom with his Blade Pandoria. Eventually an incident caused him to get critically injured and he was saved by Praetor Amalthus of Indol though half of Pandoria's Core Crystal had to be transplanted into his body to prevent him from dying. As a result Zeke became a Blade Eater and found himself working for Indol until he encountered Rex, the Driver of the Aegis.

Zeke is a renowned Driverwho is often said to be the most powerful of the Kingdom of Tantal, Kingdom of which he is the Crown Prince. He is almost always accompanied by his Blade, Pandoria with which he share half of her Core Crystal making him a Blade Eater. He volunteered to work as the special envoy for the Indoline Praetorium, the same Praetorium who sent him to test Rex as the Driver of an Aegis in combat. As the crown Prince of Tantal, he is the son of the King, Eulogimenos Tantal. 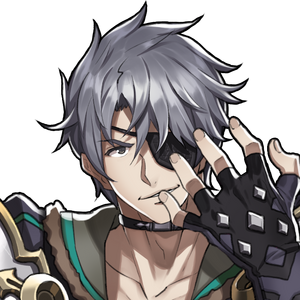 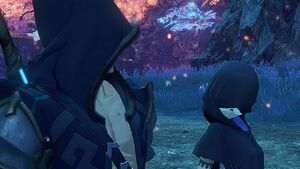 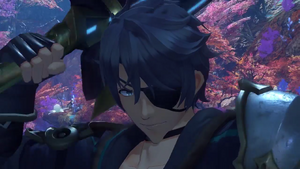 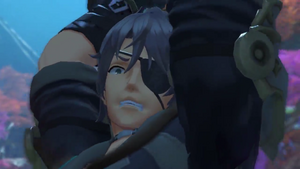 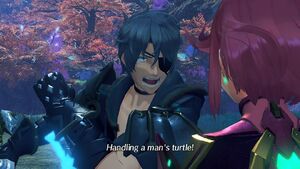