Alien Warrior
Zeratul is one of the main Protoss protagonists in Starcraft series. He is a revered Nerazim Dark Templar prelate.

First appeared in Into the Darkness, the sixth mission of the third episode or Protoss campaign. Zeratul and his companions were gratified by his old friend Tassadar for helping to each other. Despite the Nerazim's wariness of the conclave, Tassadar appealed to their occupational sense and his relationship with them to convince the exiles to go back in the home world of Aiur. During the Protoss civil war between the Fleet of the Executor (allied with Dark Templar warband) and Vanguard of Aiur, both Judicator Aldaris and the Conclave confirmed that Tassadar and his bretheren have turned traitors for what they have done something treasonous just before Zerg. So they decided to capture his friend to Stasis cell and try to execute him, but their allied forces must protect him from their own. When Tassadar is free from an imprisonment by the Conclave (which prevents Tassadar's followers like this character from reappearance) in The Trial of Tassadar, Zeratul appears and tells Aldaris the truth about the attribution to the failure of the racial war effort. When Zerg defenses weakened the Protoss, he trains Tassadar to use dark power and join up with Raynor's Raiders under the grudging approval of the Conclave to prepare the assault on Overmind before its death.

Zeratul appears again folllowing the death of Overmind. Under Aldaris' order with the appointment of Artanis, Zeratul leads the refugees to the warp gate with the destination from Aiur to Shakuras, a home world where the dark templars live as their own. Zeratul was able to convince Aldaris neccessary if he was reluctant to evacuate before both Raynor and Fenix set off the zerg from overrunning until their escape.

In the hidden mission of the sixth episode, Zeratul puts in motion the union of the surivors of Khalai with the dark templar and show the experimental secrets of Samir Duran. After revealing the breeding of Protoss-Zerg hybrids by Duran, Zeratul sets out to find his greater master and his plan.

Zeratul returns as a protagonist of Protoss mini-campaign with prophecy missions. Jim Raynor recieved a crystal with his memories from Zeratul, which is importantly emphasized to redeem Kerrigan by de-infestation.

Heart of the Swarm

Zeratul sends and guides Kerrigan to Zerg home world called Zerus, and encourages her to become more powerful than the old Queen of Blades by re-infest her so that she can put a stop on Amon, a fallen Xel'naga who is represented as Duran's great master and seek the destruction of all life in the Korpulu Sector and form his image.

Originally, Zeratul is thought to be a central character, while Artanis would be a protagonist.

Zeratul returns to the Protoss to warn Artanis about the coming darkness and the end war. Selendis ordered her zealots to arrest him but Artanis wants to hear him out and during the liberation of Aiut Amon corrupted the Khala including Artanis and the only way to save him is to sever his nerve cords but Zeratul was fatally injured saving the young leader of the Daelaam and died in Artanis's arms and left behind his warp blade for Artanis to collect. 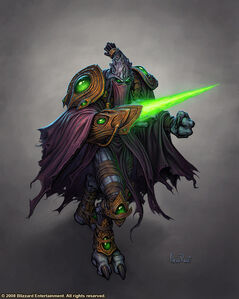 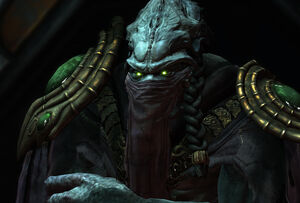 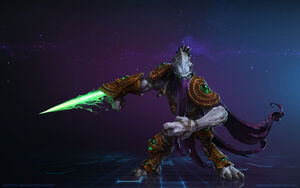 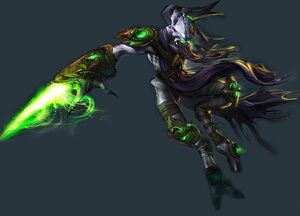 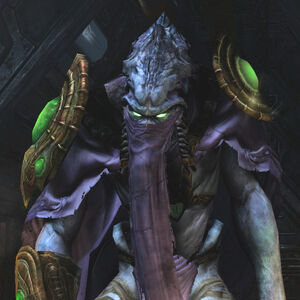 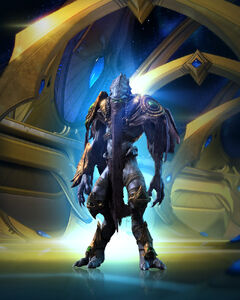 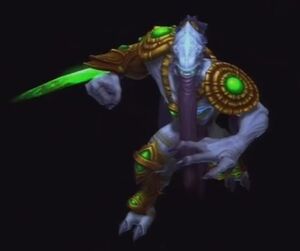 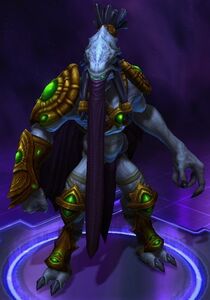 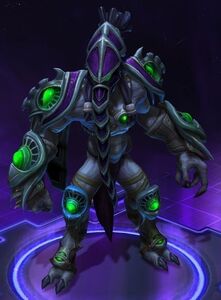 Add a photo to this gallery
Retrieved from "https://hero.fandom.com/wiki/Zeratul?oldid=1836265"
Community content is available under CC-BY-SA unless otherwise noted.