Heroes Wiki
Register
Don't have an account?
Sign In
Advertisement
in: Romance of the Three Kingdoms Heroes, Male, Military,
and 49 more

Military Warrior
Zhou Tai (Chinese: 周泰) is a minor protagonist in the 14th-century Chinese classic novel Romance of the Three Kingdoms by the late Luo Guanzhong, and its multiple adaptations. He is one of the generals of Sun Quan.

Zhou Tai is a native of the Jiujiang region, and is described as a pirate in the surrounding area. But it is difficult to know whether he really practiced as a pirate because in the historical record it was only mentioned that he came from the area. Zhou Tai and Jiang Qin assigned their definitions and they both wants to served as Sun Ce's bodyguards then were even instructed by the situation. At this time, Sun Quan began to be attracted to Zhou Tai and requested that he be transferred to his command. Several times throughout his career, Zhou Tai saved Sun Quan from danger by risking his own life. Since the battle is very aggressive, Zhou Tai and Sun Ce cooperated against several bandits. When Sun Ce came out to fight Shanyue's rebellion from caves in the six Jiangdong prefectures, Zhou Tai and Sun Quan lived in Xuan City with less than a thousand armies.

By the time, Sun Quan was rides his horse to escaped. After the bandits is tried to abuse them, Sun Quan had just started and the bandits had already killed him, the various weapons had been cut into the saddle. It is difficult for the public to meet the enemy with peace of mind, Zhou Tai has showed up and fights fiercely, but he can using his own body to protect Sun Quan. Many peoples are affected by Zhou Tai and generous with him, he struggles to kill the thieves. Zhou Tai is injured in 12 places. It took a long time to recover, Sun Ce praised him very much and Zhou Tai continued to associate with them, Zhou Tai was awarded as Chunju Prefecture Chief by Sun Ce. But later on, Zhou Tai joined Sun Ce to attack Liu Xun at Wan and Huang Zu from Jiangxia.

During the Battle of Chibi, Zhou Tai responded to Jiang Qin to participate in the campaigns, Cao Cao showed that he would start opposition with Wu and issued an explosive forces. On the reason, Jiao Chu and Zhang Neng perform in the sea warfare, which maybe reveal the authority of the military soldiers. The enemy would be aggrieved and massed fleets should be bound together, Wu strategic officer, Zhou Yu invented their small fleet, Zhou Tai granted permission to slam Jiao Chu and Zhang Neng with Han Dang, he using his own strongest sword after dedicating his actions would put a man to death. Together with Han Dang, he went after Wen Ping's fugitive reinforcements, although the two were echoed by Zhou Yu so be it. Sun Shangxiang is determined to marry Liu Bei at any time after abandoning Wu, Zhou Tai could not bear his thoughts to hurt them.

At some point, Zhou Yu's forces attacked Cao Ren and defended Nanjun after some impact. One of Sun Quan's generals, Gan Ning would rather prevent Cao Ren from getting in the way and take over Yiling, Cao Ren is always absent-minded who often unreasonable with Wu forces. When Zhou Tai planned to join them in attacking the enemy, Zhou Yu was desperate to be hit by a poisoned arrow while pursuing Wei troops but his mood shall become bad enough and soon fall ill, Zhou Tai supervised Zhou Yu and casually told Gan Ning to remind aid. Under Zhou Yu's leadership, Sun Quan's forces managed to win the battle against the forces of Cao Cao's army. Zhou Tai is also participated in the siege of Jiangling fortress which made Sun Quan succeed in occupying the Nan area.

When Cao Cao's armies launched an attack on Ruxukou, Cao Cao can prove himself and led the troops to attacked Sun Quan, Zhou Tai is already defeated them and free up his life. At that time, Sun Quan's two subordinates, Zhu Ran and Xu Sheng were arranged in Zhou Tai's leadership. When the two refused to be under Zhou Tai, Sun Quan took the opportunity and set up a banquet to Ruxu fort, Zhou Tai take off his shirt and showed his naked upper body with scars, pointing one by one to each scar on his body and asked Zhou Tai what he got. Zhou Tai tells one by one, which scar was caused by each battle, Sun Quan has told him to put on his clothes directly and attacked as usual.

While Zhu Ran and Xu Sheng would respected Zhou Tai, Sun Quan asked his horse to be prepared for him to go and asked Zhou Tai to accompany him out. Zhou Tai is not worthy of allowing conflict on the battlefield, so he can also let them to singled out. After Sun Quan defeats Guan Yu, he plans to invade Shu Han. He appointed Zhou Tai to be the leader of Hanzhong and General who aroused courage. He also conferred the title Marquis from Lingyang to Zhou Tai. Zhou Tai died in the Huangwu era. Zhou Tai's son, Zhou Shao, also led the army, with the position of Commander of the Cavalry Chief. He obtained services in battle when Cao Ren attacked Ruxukou, and he also helped Lu Xun in Sitting's battle against Cao Xiu.

He died in the second year of Huanglong. His younger brother, Zhou Cheng, took command of the troops and inherited the title that Zhou Tai possessed. 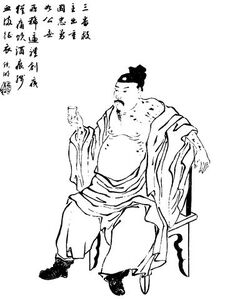 Zhou Tai in Romance of the Three Kingdoms. 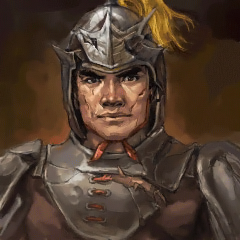 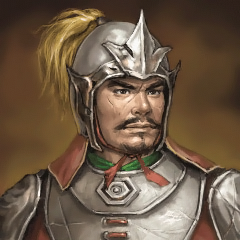 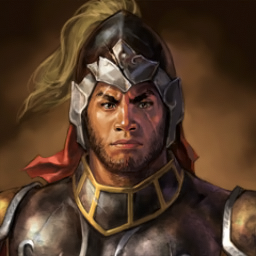 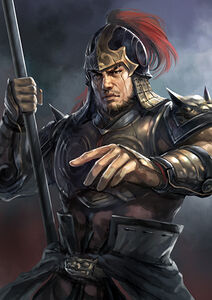 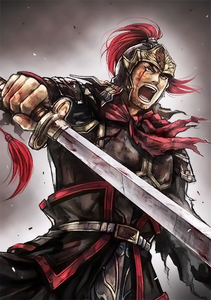 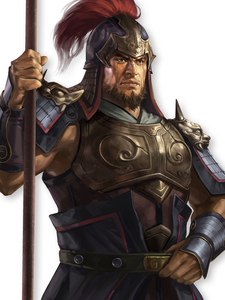 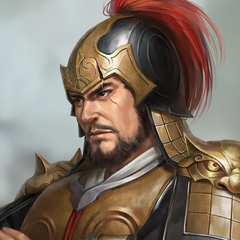 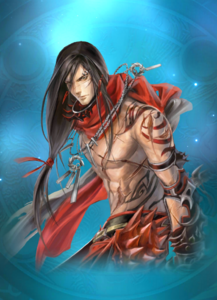 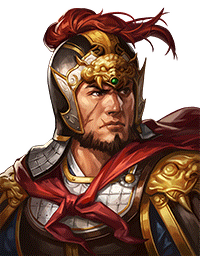 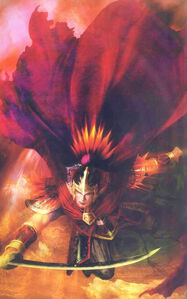 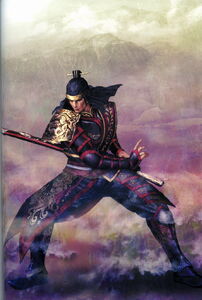 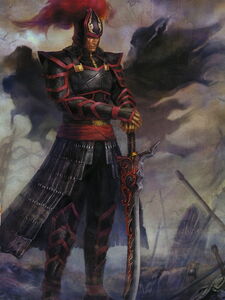 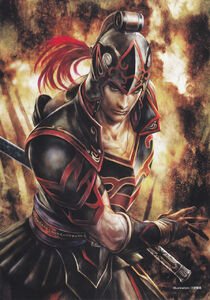 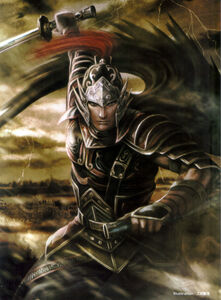 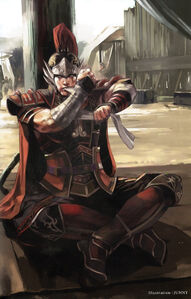 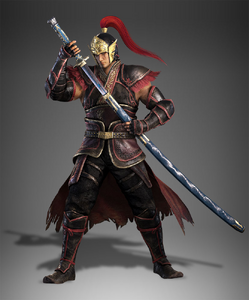 Zhou Tai as he appears in Dynasty Warriors 9. 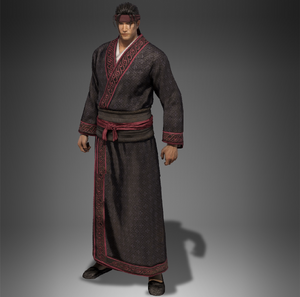 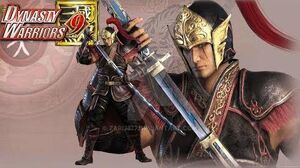