Heroes Wiki
Register
Don't have an account?
Sign In
Advertisement
in: Romance of the Three Kingdoms Heroes, Honorable, Video Game Heroes,
and 66 more

Fighting enemies.
Hanging out with his friends.
Helping others.
Reading.
Writing.
Stalking.

Honorable Warrior
Zhuge Dan (Chinese: 諸葛誕) is a character in the 14th-century Chinese classic novel Romance of the Three Kingdoms by the late Luo Guanzhong, and its multiple adaptations. He is Zhuge Liang and Zhuge Jin's cousin, sometimes being argued as Zhuge Liang's younger brother or someone from an unrelated branch of the Zhuge family. He is one of many Wei retainers who rebelled against Sima Zhao; his death dealt a deafening blow to the Cao family's influence over Wei's retainers.

Zhuge Dan is often portrayed as a gentleman, he was said to be a vassal of Wei kingdom who learns any to his knowledge. Although his cousin has always praised him, that he was not even a very difficult person. Zhuge Dan take some time to participate in the decisive battle, he wants to know if it is not easy to distinguish. Zhuge Dan was served the Cao family since the days of Cao Cao's son, Cao Pi and watched with suspicion the decay of power of the Cao family and the accompanying rise of the Sima family. Cao Pi's son, Cao Rui often negotiates with Zhuge Dan to accepted more facts.

Cao Shuang essentially takes over powers, then control of the entire territories and kills Deng Yang. Thanks to Sima Yi's help, Zhuge Dan wants to recruit many troops to support him and needs to retain their compliance ability. Although he helped to quell Guanqiu Jian's rebellion against the Sima clan, Zhuge Dan believes that it is about to invade the Wei captial. That is proposed to divide the troops into three divisions, Wang Chang and Guanqiu Jian attacked Wuchang to contain the upstream Wu army and then attacked the Dongxing two cites with elite armies.

At that time, Wang Chang, Guanqiu Jian, and Hu Zun were all planning to take down Wu. Because the strategies of the various divisions were different, Sima Shi eventually decided to attacked Nanjun by Wang Chang, Guanqiu Jian attack Wuchang. When Zhuge Dan and Hu Zun led the army to 70,000 attack on Dongxing, as a pontoon to cross the water and attacked the two cites, he rushed silently toward the enemy and dispersed. Due to the high position of the city pool, it was impossible to capture it at a time.

Zhuge Ke learned that Dongxing was in a hurry and had a 40,000-strong military day and night to help Dongxing, he rebelled against them. When the usurpation of Regent Sima Zhao seemed to be imminent, Zhuge Dan killed his messenger and announced a two-person rebellion to the country. When Sima Shi crunched Guanqiu Jian, Zhuge Dan led his troops to Shouchun. After former Wei general Wen Qin was defeated by them, Guanqiu Jian was fleeing, but Zhuge Dan took the lead to take over the rebel stronghold Shouchun.

At some point, Sun Jun can also lead Lu Ju and Liu Zan to support Guanqiu Jian, but know that Guanqiu Jian and Wen Qin are defeated and Shouchun is about to retreat after being occupied, Zhuge Dan sent Jiang Ban to chase Wu forces and kill Liu Zan. After the two rebellion ended, Sima Shi died of a strange disease and Sima Zhao decided to replace his brother to fight for him. Meanwhile, Zhuge Dan asked the armies to return to Xuchang, Sima Zhao usefully sent out his minion Jia Chong to visit Zhuge Dan and commissioned his own effectiveness.

Going on, Zhuge Dan should do it to cause a rebellion. Well joined with Wu to siege of Wei, Sima Zhao and Jia Chong thought that Zhuge Dan was a relentless traitor. Wu even collided with numerous enemies, Zhuge Dan spoof to affronting Wen Qin by lunatic vein. Defamation prejudice count as rascal, Sima Zhao deem that he is a impostor of a mere. Zhuge Dan was extremely embarrassing and deserved to be offended by their evidence. Zhuge Dan only become ambitious after receiving his resentment, executes Wen Qin with his own hands as he gained a lot of powers.

However, Wen Qin's two sons, Wen Yang and Wen Hu were eventually surrendered by Sima Zhao after being defeated in the battle and joins him as a generals of Sima family. After Sima Zhao's forces resisted Wu, they are successfully defeated Zhuge Dan. Although in his own ending, Zhuge Dan turned out to be Sima Zhao and had to be executed by Hu Fen after surrendered.

Zhuge Dan was one of the officers of the Sima family who had to served under Sima Yi, his family was at odds with the enemies during the battle. Will a goals to save Cao Xiu from Zhou Fang's assault, Sun Quan authorizes permission to lead troops into the north and Zhuge Dan retreated from Shouchun wherever he got so much to beg them.

Man Chong only defended Hefei after saying that he cooperating with Wei to forced against Wu, Zhuge Dan was the opposite of the Shu forces in Zhuge Liang's Northern Expedition. In the Battle of Wuzhang Plains, Zhuge Dan aligns with Sima Yi, Sima Shi, and Sima Zhao to attacked Zhuge Liang.

Eventually, Sima Yi must winning in a battle, Zhuge Liang died of illness after finally watching the stars in the sky. A few years later, Zhuge Dan annihilated Gongsun Yuan's rebellion after taking control of the north. During the battle of Mt. Xingshi, Zhuge Dan followed Cao Shuang to fought against with Shu.

Sima Shi and Sima Zhao looked very nervous, Zhuge Dan was clout by himself while he continues to dealing with the enemy. Cao Shuang was defeated by Sima Yi, Sima Shi would accept the obligations of his family shortly after Sun Quan died, Jiang Wei decides to confrontation with Wei.

When Zhuge Dan discovered that the problem was that Sima Zhao was assaulted by Shu, he and Sima Shi intended to protect him. Guanqiu Jian and Wen Qin rebelled to Shouchun after breaking through the Wei forces, Zhuge Dan betrayed Wei and formed an alliance with Wu. Just after execution of Wen Qin, he was murdered by Jia Chong. 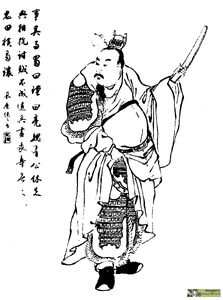 Zhuge Dan in Romance of the Three Kingdoms. 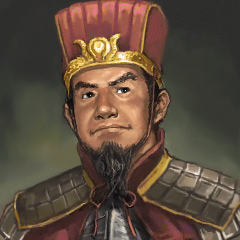 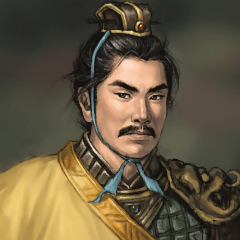 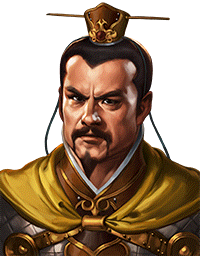 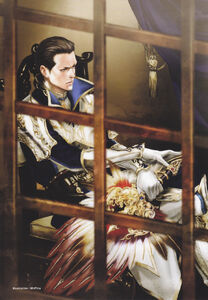 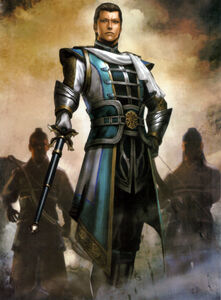 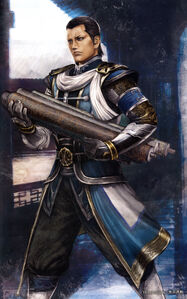 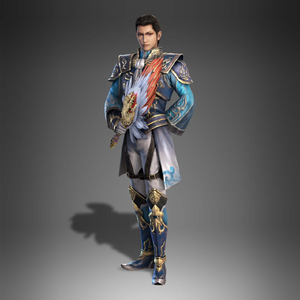 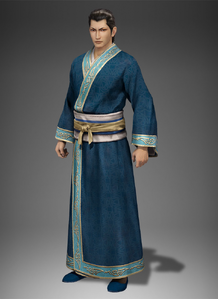 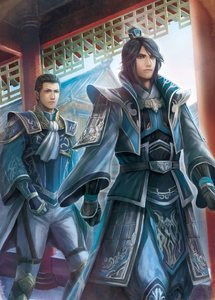 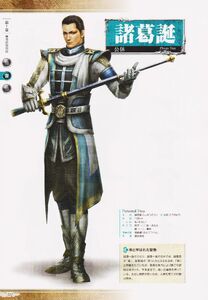 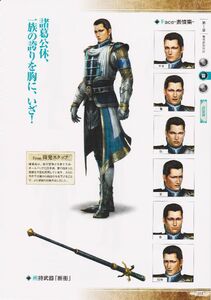 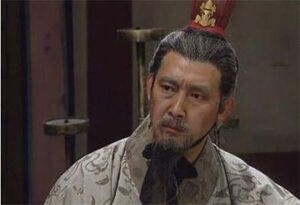 Zhuge Dan as he appears in Romance of the Three Kingdoms (1994). 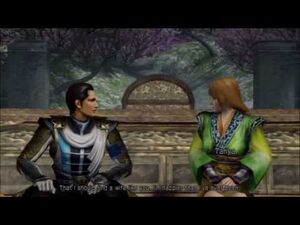 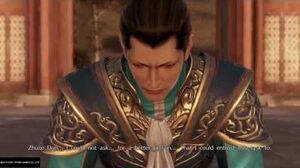 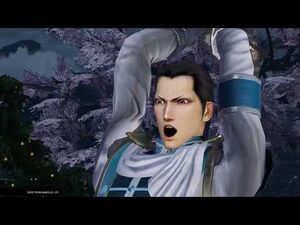