Heroes Wiki
Register
Don't have an account?
Sign In
Advertisement
in: Romance of the Three Kingdoms Heroes, Male, Military,
and 51 more

Help his family to expand Shu.

Zhuge Zhan (Chinese: 諸葛瞻) is one of the supporting characters in the 14th-century Chinese classic novel Romance of the Three Kingdoms by the late Luo Guanzhong, and its multiple adaptations. He is one of the sons of Zhuge Liang and Yueying.

Many versions of the Romance of the Three Kingdoms story, portray Zhuge Zhan as a strong-willed and chaste warrior. Zhuge Zhan was said to be as intelligent as his father, but he can always looks for those reluctant enemies to decide oppose him. When Shu emperor Liu Shan sought Zhuge Zhan's opinion on how to drive away the Wei's invaders, although he is one of the major mourners of Wei Yan's funeral. Later on, he takes his role as the defense of Mianzhu.

Wei minister Sima Zhao planned to slash and conquer Shu, Deng Ai led more than 30,000 men to attacked Jiang Wei. Zhuge Xu led more than 30,000 people to break their back anyway, Zhong Hui unified more than 100,000 armies to attack Hanzhong and defended himself as the superintendent. When Zhong Hui broke through Hanzhong, Jiang Wei retreats to protected the sword and the two sides could not hold each other, Deng Ai led the troops and defeated them.

Deng Ai arrived at Jiangyou, Shu defended the horses to surrender. However, Deng Ai was being able to regroup his armies and pursue Zhuge Zhan to Mianzhu, Zhuge Zhan stepped in Fucheng and Huang Chong repeatedly advised Zhuge Zhan to move forward quickly, occupying the dangerous terrain and preventing the enemy from entering the flat. During the engagement, he disguised his late father Zhuge Liang and managed to scare off the enemy.

After Zhuge Zhan ensuring that reinforcements will not arrived, tried to make a final attack on Deng Ai's forces and was injured. Realizing that he failed to defend the city, Zhuge Zhan pulled up his sword and committed suicide. His death allowed his son Zhuge Shang to fight against enemy, the only one was killed by them. Soon after, Mianzhu fell and the commanders in the city, including Huang Chong and Zhang Bao's son Zhang Zun, were died in battle.

Zhuge Zhan is an honorable and noble warrior who intends to do what is right for his country.

Zhuge Zhan in Romance of the Three Kingdoms. 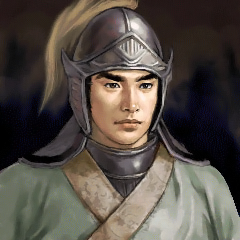 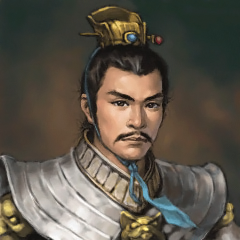 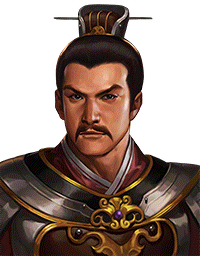