Zoe is a fairy that saves Spyro's progress as he travels in his quests to stop Ripto, the Sorceress, and Red. In addition to saving his progress, she also provides tutorials of how Spyro can use his abilities in each game.

She is voiced by Mary Linda Phillips in Spyro 2: Ripto's Rage, Carolyn Lawrence in Spyro 3: Year of the Dragon and Spyro: Enter The Dragonfly, Tara Strong in Spyro: A Hero's Tail, and Catherine Taber in Spyro: Reignited Trilogy.

The red/save fairy acts as the "Zoe of Spyro 1".

Zoe is first seen with Elora, trying to put a stop to Ripto's reign, by scattering the orbs around Avalar. She is later seen at Glimmer asking Elora to zap Ripto, then zapping Ripto. Later Ripto asks Crush to kill Zoe, but Zoe dodges, causing Crush to hit Ripto instead, causing Ripto to fall and his scepter to fall into Gulp's mouth. She is later seen in the game chatting with Spyro, and saving his progress, and acting as a checkpoint for him. She is later seen held by Ripto for her to be fed to Gulp. Then Spyro flames Ripto and she is freed and saved, and avoids Gulp.

Zoe is seen spying on the Sorceress, and returns to the dragon worlds when the dragons ask her where the eggs are. Zoe said the eggs are on the other side of the world, the forgotten worlds. Zoe is later shown chatting with Spyro on several occasions and acting as his tutorial, such as instructing him how to powerups. Also, again she saves his progress. She is also shown to have missions set for Sparx.

Zoe is the fairy that needs to be saved at the very end of the game. She comforts and is nice to Grendor and reverses his spell.

Zoe appears in this game.

Spyro: Attack of the Rhynocs

Zoe appears talking to Spyro, and zapping him, and telling him he will lose "a million brain cells". She is shown saving Spyro's progress, and actually saving the game progress instead of just acting as a checkpoint. 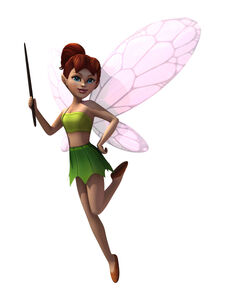 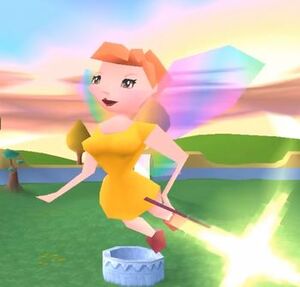 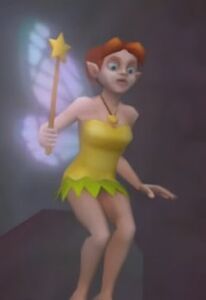 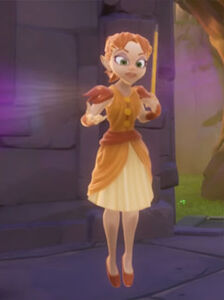