Rescuer
Zuma is one of the main protagonists of the Canadian cartoon series PAW Patrol. He is a Labrador Retriever who is the water pup of the titular team. In the US and Canada, his voice is by Alex Thorne from Season 1 to 3, but in Season 4 he was replaced by his brother, Carter Thorne. In the Season 6 premiere, he was replaced by Shayle Simons. In the UK, he is voiced by Samuel Woodward.

Zuma is a Chocolate Labrador puppy. He has brown fur, floppy ears, and greenish yellow eyes. His collar is dark blue and has a tag that's orange with a silver anchor symbol on it representing the sea. His gear is a bright orange water helmet along with scuba gear on his back.

Zuma is very laid-back and calm, though being the younger brother of Marshall and Rocky and the older brother to his younger sister, Skye, and his adoptive younger brother, Rubble, he's not as serious about duty as Chase, his future brother-in-law. He is relaxed and his own fears tend to be more subtle than the rest of the pups' phobias. He is always loyal and has an abundant liking for Ryder. He is playful and always ready to have a good laugh. He's usually sunny and optimistic. He's shown to be rather good with ocean animals. Him and Rocky are good friends and he does his best to keep Rocky from getting wet. He wants to get other people to lighten up.

He has a competitive side; he and Skye have a friendly rivalry at times, but it's all in good fun. Once, in "Pups Fall Festival", they even argued about who got to the elevator first. They're often shown to have a close friendship and they've been seen doing things together.

He sometimes speaks like a surfer and uses slang like "dude", fittingly for the water rescue pup. He's even an expert kitesurfer. 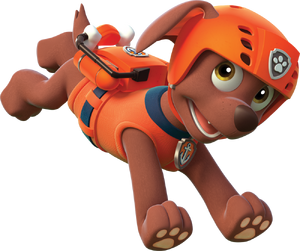 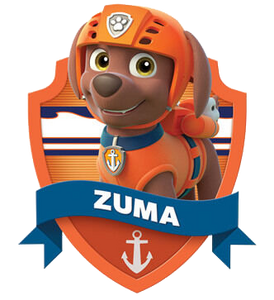 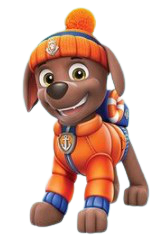 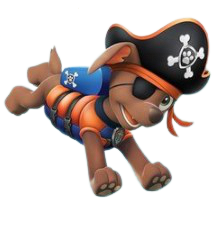 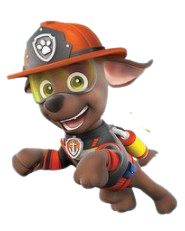 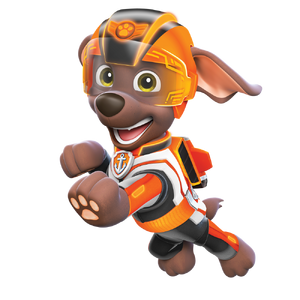 Jet rescue suit
Add a photo to this gallery 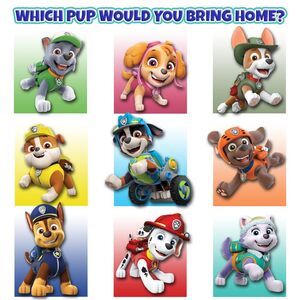 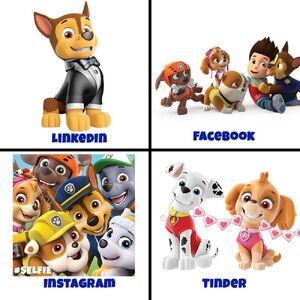 Retrieved from "https://hero.fandom.com/wiki/Zuma_(PAW_Patrol)?oldid=2263730"
Community content is available under CC-BY-SA unless otherwise noted.