Wise Magician
Zuo Ci (in Chinese: 左慈) is a supporting character in the 14th-century Chinese classic novel Romance of the Three Kingdoms by the late Luo Guanzhong, and its multiple adaptations. He is a legendary person who is famous for visiting Cao Cao. He is a master of illusions, sorcery, and fortune telling. He supposedly lived to be 300 years old before he became an immortal being. He also appears as a playable character in the Dynasty Warriors video game series.

Zuo Ci studied his knowledge at the top of Mount Tianzhu. He mastered the alchemy of medicine, confucianism, and astrology. However, Wu warlord Sun Ce (who was a devout follower of Confucianism) wanted to kill Zuo Ci and chase him on horseback. Zuo Ci who does not ride a horse can still escape even though he is seen walking slowly. Later on, Zuo Ci went to Cao Cao and showed his magical abilities, such as winning a stranger fish from an empty pot or teleporting to buy ginger.

Right before escape, Zuo Ci is only one who affirmed by the colossal reverence of warlord Liu Bei. As a donor, the two planed to used their own factors to oppose Cao Cao. Unless ordered to take care of himself, Cao Cao was threatened with guile. Since then, Zuo Ci has mocked Cao Cao with his tactics and the officers have the answer to fight his brutality. Taoist seemed to be falling asleep, Cao Cao had a dispute with Zuo Ci but lost his temper to killing him, Zuo Ci merely with absolute protection his body from weakening.

By few once, Zuo Ci was once fed the assembly at the palace, but Cao Cao later found out that Zuo Ci had emptied every wine shop in the area with his magic. However, Cao Cao instructed to sneak attacked on Zuo Ci by unscrupulous methods and sent out his general Xu Chu to seize him, Zuo Ci was retreated by the walking past wall and have would disappeared quietly. When the report shows that Zuo Ci had been sighted in the market, everyone in the market becomes visible like Zuo Ci.

There are other reports that he is on the top of the mountain, Cao Cao and his men was cannot find Zuo Ci because he is hidden among the flocks of sheep. As a result, Cao Cao knew that he would not be able to find Zuo Ci, shouted that he just wanted to test Zuo Ci's ability and did not want to kill him. At that moment, a goat stood up and spoke. Cao Cao's army came to the goat, but it turned out that other flocks also turned into goats that began to stand and talk like many humans. Since then, Zuo Ci is never found by Cao Cao's men again.

A quaint yet mysterious individual, Zuo Ci is a wizened mystic who has speaks humbly. He does not care for material wealth or status, defying the times with his focused view on morality and the future.

Though seemingly frail, he can possesses a great deal of power that excels other characters, such as his ability to teleport and transform.

Despite his supernatural might, as well as he deeply respects humanity's goodness and wishes to meet one who can end the strife plaguing the land. 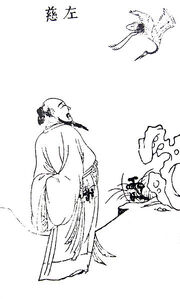 Zuo Ci in Romance of the Three Kingdoms. 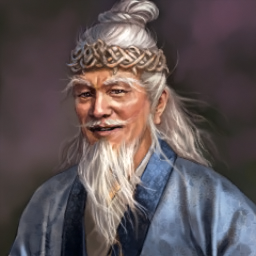 Zuo Ci in Romance of the Three Kingdoms XI. 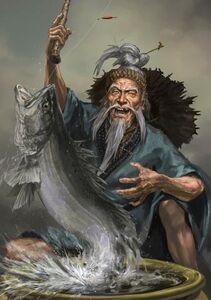 Zuo Ci in Romance of the Three Kingdoms XII. 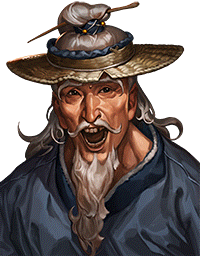 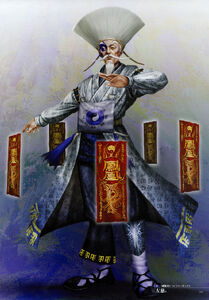 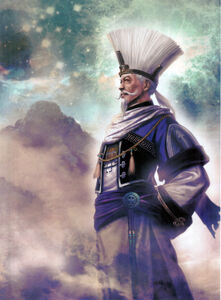 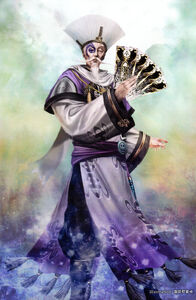 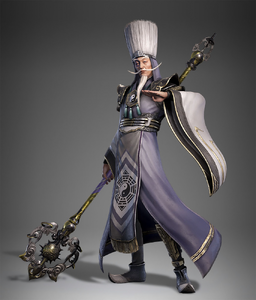 Zuo Ci in Dynasty Warriors 9.
Add a photo to this gallery 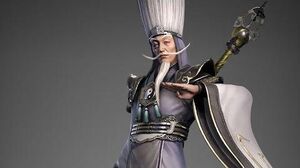 Retrieved from "https://hero.fandom.com/wiki/Zuo_Ci?oldid=1717290"
Community content is available under CC-BY-SA unless otherwise noted.